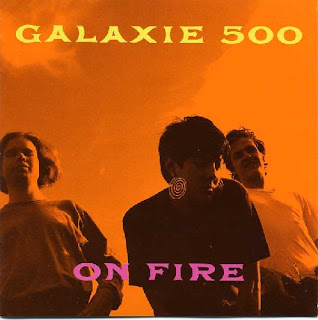 Ceremony, the debut release by New Order, was a (kind of) cover version. The song was written by Ian Curtis and performed live by Joy Division and there is also a studio version that was recorded only 4-days before his death. However all 3 known recordings of Joy Division playing Ceremony have partially audible vocals.


New Order's version was released in early 1981, less than a year after Curtis' death. I have just finished reading Peter Hook's excellent Substance autobiography and he talks of how the band just didn't know how to react to Curtis' suicide, they didn't know how to grieve and they didn't know what to do. So, Sumner, Hook and Morris did the only thing they knew.... they met up and played music. Unable to decide on a singer (eventually landing at Sumner at default after a number of shows with all 3 taking on vocals), they also struggled with a  band name, thankfully choosing New Order over some bizarre suggestions by manager Rob Gretton.

New Order then rerecorded and rereleased Ceremony in the same year, due to the addition of Gillian Gilbert to the band.

Both versions are raw and full of urgency; the bass and guitar riff entwined with each other and Stephen Morris keeps the drums and percussion going throughout. Sumner's guitar is a delight - his playful style with New Order ensures he is one of my favourite guitarists.

Galaxie 500 are a band I discovered via Nirvana. I remember buying their On Fire album from Missing Records on Oswald Street. The album not only contains this excellent cover version of Ceremony, but also one of George Harrison's Isn't It A Pity.


Galaxie 500  recognise the beauty of Ceremony and add on an extra 90 seconds to the New Order version. They start with the guitar riff in all its raw glory, slowly coaxing in some light high hats and the second riff. The vocals are strained and sound all the better for it, the drums sound primitive in comparison to Stephen Morris' work with New Order, the bass is low in the mix, unlike Hook's mighty bass for New Order.


The build to the concluding Watching forever... segment is glorious - sounding fragile and soulful at the same time before the band get lost in guitars and drums for the final 90 seconds.

It is a cracking cover version that remains true to the original in many ways, but stretches it out and plays on the strength of the riffs, melody and lyrics.


This is why events unnerve me
They find it all, a different story
Notice whom for wheels are turning
Turn again and turn towards this time

All she asks the strength to hold me
Then again the same old story
World will travel, oh so quickly
Travel first and lean towards this time

Oh I'll break them down, no mercy shown
Heaven knows it's got to be this time
Watching her, these things she said
The times she cried
Too frail to wake this time

Oh I'll break them down, no mercy shown
Heaven knows it's got to be this time
Avenues all lined with trees
Picture me and then you start watching
Watching forever, forever
Watching love grow, forever
Letting me know, forever