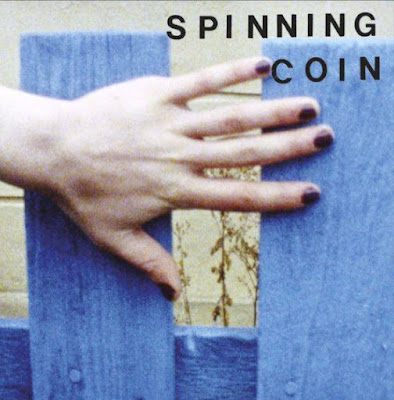 Spinning Coin are a relatively new band from Glasgow made up of Cal Donnelly, Chris White, Jack Mellin and Sean Armstrong.

The 4-piece have just released Albany on 7-inch via The Pastel’s Geographic Records.


Spinning Coin have produced something that equally sounds like they really care about what they are doing and like they don’t give a f**k and are making music for no-one but themselves. That, at least for me, is usually a good place for a band or artist to be.

In a little over two-and-a-half minutes, Spinning Coin deliver a beautiful, raw gem. The guitars are gloriously scuzzy, fuzzy and soulful, the drums and cymbals keep things going and the vocals are pure, dreamy and true.


There are so many things I’ve never even considered

Stephen Pastel is always good for a quote and has said; ‘Albany reminds me most of a feeling I had at the end of the Boy Hairdressers and the beginning of Teenage Fanclub. There was never enough of that. Spinning Coin, so good.’

Sean Armstrong from the band was kind enough to answer a few questions I emailed over. Read on for a little more info and forthcoming live dates. 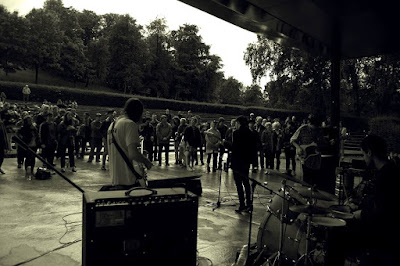 1. How did Spinning Coin form?

Spinning Coin formed and mutated from a band billed as 'the sean armstrong experience': a group formed to showcase the songs of one of our members within a bassment gig type scenario.

2. How quickly did you start to write/create songs/music?

The band very quickly became a collaborative project creatively. We had some things we made up and would play on each other's songs and then we would meet in the middle sometimes.

3. You released some material though Fuzzkill Records who are becoming vital in helping bands develop. How did you get involved with them?

We met Ross at music shows around Glasgow. We just sort of became friends i guess.

4. What other current bands from Glasgow do you like?

5. What kind of stuff are you listening to at present?

Stuff that focuses in on, attempts to explain or accentuates the grey areas in life and the cosmos: I (Sean) have been listening to a lot of friends' music. Also Kate Bush, some Subway Sect...Swell Maps.

6. You’ve just brought out your new single on Geographic/Domino. How much of a step up does that feel like?

Perhaps it feels like a step out rather than just a step up. What we have been doing up til now feels just as important, but it feels like this part of our journey will help us to reach a wider audience.

7. Stephen Pastel has been promoting and helping young bands for over 30-years, including the likes of Jesus and Marychain and Primal Scream. Has he given you any advice?

Stephen's not really the sort to break out with big rules to live by, or with universal truisms...a calming and nurturing influence for sure. He told me to get a tuner pedal!

8. What’s next for Spinning Coin? Are you working towards an album?

Practice practice practice, with some experimentation thrown in, and some live appearances. We are looking forward to releasing our first album, and have 20 songs recorded, provisionally labeled as demos. For now we are preoccupied in building a rocket to launch ourselves into space.

12th of May - Glasgow, The Poetry Club