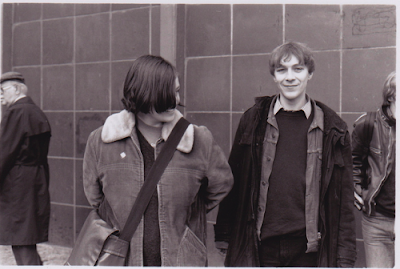 Don’t you think you’ve heard this song before?

So sings Katrina Mitchell, drummer and co-singer from The Pastels. As Guiding Star is a cover version of West Coast of Scotland contemporaries Teenage Fanclub, the chances are/were that a lot of their own fans will/would have.

The line has added irony due to the fact that Gerry Love (who wrote the song and sang the original on Bandwagonesque) from Teenage Fanclub plays and sings backing vocals on The Pastels version. I can imagine there were a few smiles in the studio as Katrina was singing that line. 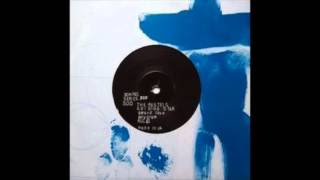 Bandwagonesque came out in 1991, with Spin magazine declaring it album of the year ahead of the likes of Nevermind, Screamadelica, Out Of Time, Blue Lines and Loveless.

Guiding Star was the penultimate song on a glorious album of guitar music. Fuzzy and controlled distorted guitars are played over a warm acoustic, Fanclub voices combine to create a sense of dreamy, psychedelic calmness as the album heads towards conclusion with Is This Music?


The Pastels version (below) has a different kind of calmness to it - a velvet-y (underground) lullaby with Katrina’s pure vocals, raw guitars and the melody picked out on a glockenspiel (?).

Stephen Pastel had this to say on their Facebook page very recently (pushing the cover of the month I had planned back to next month);

‘We recorded it in Stuffhouse Studio, off Great Western Road, Glasgow in 1994 or 1995. We rehearsed there often - mainly Annabel, Katrina and me, but sometimes with David (Keegan) or Jonathan (Kilgour) or Gerard (Love). We would get a sandwich from Bakehaus on the way to the studio, so it always felt like a conceptualised event although our playing was often the opposite. The guys who ran it were brilliant and had a group called The Ocean who could properly play their instruments. They seemed to like us too and painted a room for us and encouraged us to record there. We started Mobile Safari there before moving on to CaVa which was very plush in comparison. I can’t remember why we recorded this but it sounds nice and Gerard is obviously playing and singing too. It’s been out of print for too long, a definite contender for inclusion on a retrospective.’

This follows on from Stephen confirming that The Pastels would be working on archive project this year when I spoke with him a couple of months ago in Mono. As someone who discovered The Pastels in the early 1990’s, I’m excited by the prospect of gems like this receiving a welcome issue alongside songs like early Creation singles Something’s Going On and the quite stunning Million Tears that I sadly only discovered via YouTube earlier this year.

I’ve read a lot of books on alternative Scottish music and The Pastels (and Stephen in particular) is a name that crops up regularly. They actively encouraged and supported countless bands back in the day (The Vaselines, Teenage Fanclub and Jesus and Marychain to name but 3) and that still happens today through their Geographic label and over the counter and across cups of coffee in Monorail/Mono.

An archive project/anthology/re-releases will be very welcome, highlighting the incredible output of The Pastels and I’m sure the blogs and articles that come out of the project will also highlight the bands importance in indie/alternative music.

This is a beautiful heartfelt cover version. Enjoy.

1. You've Lost That Lovin' Feelin'
2. Going Back To My Roots
3. Nirvana play The Vaselines
4. Slip Inside This House
5. Top 10 covers by Teenage Fanclub
6. Only Love Can Break Your Heart
7. Time For Livin'
8. Sound and Vision
9. All Along The Watchtower
10. I Am The Walrus
Posted by everythingflows at 09:04