Last night i headed into King Tut's for a show by Jimi Goodwin from Doves to promote his solo album Odludek, released via the lovely people at Heavenly Records.

Goodwin was backed by a 3-piece band and they played a stormer. The drummer in particular was outstanding.

I think they played the whole album, opening with a massive sounding Terracotta and then into Didsbury Girl. I had a few beers so apologies if the blog isn't quite in order!

Oh Whiskey was played relatively early, a real standout, going all kinds of gorgeous 3-minutes in.

Tut's was sold out and the crowd were egging Goodwin on with Undertones style chants of 'Jimi, Jimi'. 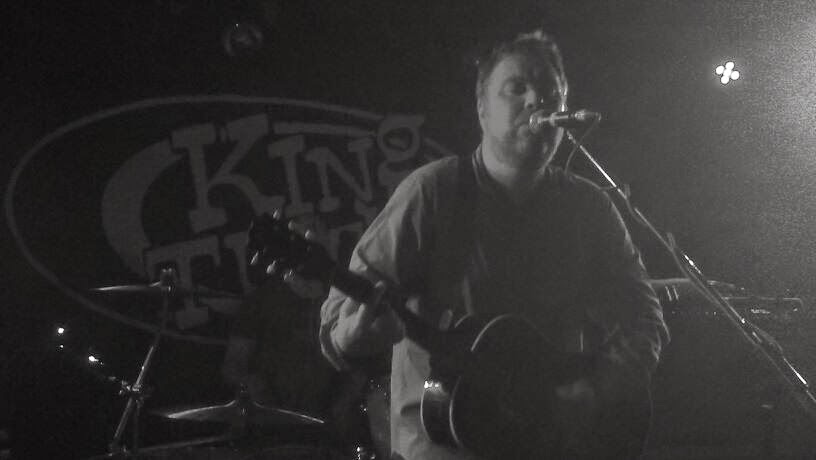 Goodwin switched between bass and acoustic guitar; the acoustic tracks were real highlights for me. Goodwin's voice is soothingly melancholic. Hope was beautiful, as was Lonely At The Drop.

There were a few Doves songs tossed into the mix with The Last Broadcast going down well with all of Tut's singing along with the backing vocal melody.

I really enjoyed the show, Goodwin was clearly delighted with the response to his solo material and somewhat overwhelmed by the reaction to Doves songs. He ended by saying 'No bullshit, you're amazing Glasgow, the best on the tour as always.'

No bullshit Jimi - you played a blinder. Come back soon.