Around 10-days ago I received an email inviting me to come along to King Tut's Wah Wah Hut for some food, beers and the opportunity to meet and chat with a guy called Ewan MacLeod, the curator of Scotland's Music Hall of Fame. They obviously knew how to get me!

The hall aims to open in late 2014 and has come to music fans attention recently thanks to some promo videos from artists like Belle & Sebastian, Franz Ferdinand and Biffy Clyro discussing the three artists they would like to nominate for inclusion. 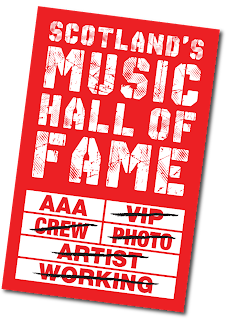 So last night I was joined by Richy Muirhead from the brilliant Scottish Alternative Music Awards (the SAMA's) and a young girl called Heather who writes for a blog in Edinburgh called Indulge Sound.

The conversation flowed easily form the start, Ewan described his vision for Scotland's Music Hall of Fame with a high level of knowledge and passion. He had the stats, facts and stories about music in Scotland and a clear vision of how the nations love of music and the incredible talent that we have produced should be curated, displayed, honoured and promoted by the Hall.

It made sense in so many ways and as a music fan I quickly became excited about what the Hall could do for music in Scotland. The Hall will open in Glasgow, the UNESCO World Heritage Site for Music. That last sentence alone kind of tells you how silly it is that we don't have something. As someone who has been extremely fortunate to travel extensively, I've been to loads of UNESCO sites and they all seem to have a focal point. We have countless venues ranging from the classic King Tut's and the Barrowland, through to the modern day ABC and the Hydro, with long gone venues like the Apollo in between. But no focal point. 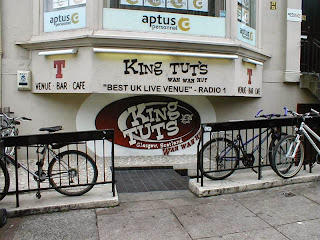 The fact that the SMHoF will have (and indeed already does have) an education wing is also extremely important and after a couple of beers I waxed lyrically about an education officer going into a school and speaking about bands like Orange Juice and Franz Ferdinand and inspiring a young kid to pick up a guitar.

Conversation came round to which 3 people/artists I would nominate for Scotland's Music Hall of Fame, so here they are;

1. Teenage Fanclub
I guess it goes without saying that I would nominate the Fannies. They came into my life when I was 15-years old and they have played a heavy part in the soundtrack of it ever since. They are consistently brilliant and with 3-songwriters in the form of Norman Blake, Gerry Love and Raymond McGinley they have produced some of the best guitar pop music ever.

The fact that Teenage Fanclub are extremely well respected by journalists, DJ's and other bands all over the world also influences my decision. The band are fantastic ambassadors for Scotland; friendly, passionate and also very knowledgeable about music from all over.

2. Alan McGee
My second choice isn't an artist or a band, although I could certainly argue that Mr Alan McGee is just as creative. Alan is unique, a real one-off, someone who was bitten by the bug of punk music and has never been able to shake it off ever since - despite recently trying, he has come back with a new label 359music, staying true to his punk ethics but having incredible natural entrepreneurial resources.

Alan formed Creation Records and released albums by Scottish artists like Teenage Fanclub, Primal Scream, Jesus & Marychain as well as lesser known artists like The Diggers, Superstar and Momus. Not to mention non Scottish acts like Oasis, Ride and My Bloody Valentine.

Alan gets my nomination as he is a walking talking advert for the DIY punk ethic, someone who had a dream and went for it, someone with balls, someone with true passion and someone who could fill an entire room in the Hall of Fame with his stories. 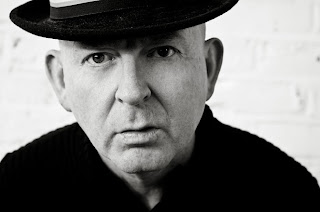 3. Primal Scream - Bobby Gillespie and Andrew Innes
Primal Scream receive my third vote. The Scream are an incredible example of band who are not afraid to explore new sonic adventures or to work with a variety of different people to enable them to do just that. Andrew Weatherall, George Clinton, Robert Plant, the Chemical Brothers, Kate Moss and Kevin Shields are just a small number of people who have helped inspire the Scream to strive for more.

Like Alan (a dear friend of Bobby and Andrew's) the Scream are pure punk rock, yet they are capable of producing the most gorgeous tender ballads imaginable, blissful electronic music that will send you to a special place, out and out rock'n'roll stompers, psychedelic pop and white noise jazz.

Who would you nominate?

Stay tuned for more blogs about the Hall in the future.