It's Not About War! by Chris Grant

It's Not About War! by Chris Grant is one of the first albums to be released on 359 Music, the new label formed by the legendary Alan McGee.

McGee championed Grant back in the heady days of MySpace when Grant went under the name of The Grants. I was surprised that they were never picked up as an early demo of a song called 'I Am The One' was sensational. I'm even more surprised after listening to this album!

The record industry has changed dramatically over the last 5-years, McGee's new label and his interviews to promote it, 'I can run a label from my bedroom in Wales with a mobile and an iPad', are proof. The good news is that Grant has finally released an album, he has bided his time, his time is now. 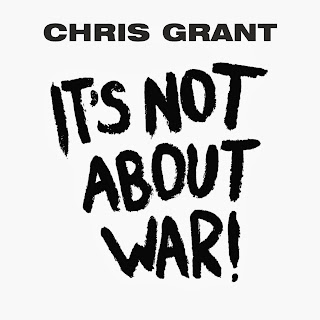 'It's Not About War!' is a fucking beautiful album. Chris Grant sings from the very bottom of his heart, the passion and truth in his vocals match the open and honest lyrics. The guitar playing is exquisite, the whole record is incredibly pure, beautifully produced.

According to an interview with the excellent Louder Than War blog, Grant recorded the album on an £80 laptop in his garage. If true then the boy is a genius.

'Our Story' opens the album and sets the tone for what is to come; picked guitar riffs, emotional vocals and stunning melodies.


There's nobody that can stop us, can anybody even try?

'I Am The One' should be a number one song across the globe, it is that good. Ripe for use in a film, this is a widescreen love song to die for.

The vocals and melody (this album is the most melodic I have heard in a long time) are beautiful, the guitar playing sounds simple yet inventive at the same time, the middle eight is just glorious.

Play this to the people who say, 'they don't write 'em like they used to'! 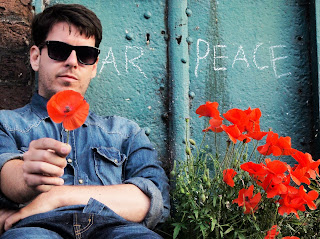 Grant follows it with another corker. 'It's You' is Lennon-esque in it's primal honesty, Grant's delivery and vocal is heartfelt, full of emotion.


It's time like this I'm open to believe
Just give us some more room so we can breathe
Live life under your own little rainbow
Don't follow a soul unless it's your own little way...

I hope the girl this was written for has heard it! The song is over 5-minutes in length but I just want to listen to it again, it flows superbly.

'Pretty Mean' keeps things going, a simple beat underpins more simple yet playful and inventive guitar playing (recalling The Police at their best in some places) that is full of feeling and Grant's vocals remain crystal clear as he tells a story about falling in love. There is another glorious middle eight and outro.

This boy can sing, man can he sing. 'Like A 45' is a piano ballad with brass and strings lifting it and Grant's melodies flowing superbly. Absolutely beautiful!


Yes I'd dance with you, if no-one was around

'How Many Times' asks questions like 'how many times can a man fall in love/save himself…' over a simple beat and slightly psychedelic guitar.

'Maybe Now' bursts into life with strings and piano. Grant just tells it like it is and sings beautifully.


I never thought I'd hurt you, but it's the way it had to be

I've tried everything, nothing seems to work

Grant is at his poetic best...


Bought a ticket for the boat ride, on the river, under moonlight, with the stars, in the darkness….

'Moonlit Wall' and 'Too Cool To Die' prove that Grant isn't just all about the ballads (as beautiful as they are) and he has the songs up his sleeve to get a crowd going.

'Baby Pink' is hushed honesty with Grant and his acoustic guitar. The little burst of harmonica just adds to the hints of Dylan.

'It's Not About War!' is a brilliant album, with several of the songs being truly exceptional. Live dates appear to be sporadic just now. I can't wait for Grant to come to Glasgow. I hope the crowd are quiet for the ballads!

Labels: 359 music, Alan McGee, album, Chris Grant, I Am The One, It's Not About War!, review, The Grants