Linden is Joe McAlinden, formerly of Superstar, guest on Teenage Fanclub records and very formerly of The Boy Hairdressers. 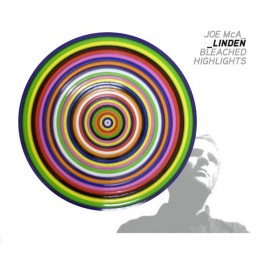 The album is already receiving some excellent reviews;

If I was to add something from this blog to the section above it would be;
The first four tracks on this album are sublime, as good as anything you will hear all year, or any year. McAlinden has an effortlessly pure voice and he splices it perfectly with chiming and warm fuzzy guitars.

Opener 'Brown Bird Singing' has been released as a limited 7-inch via AED. Upon listening, it is easy to understand why it was chosen as the lead single, although there are a load of potential follow ups.

It is the sound of sunshine, beautifully produced by Edwyn Collins and Sebastian Lewsley. Check out the DIY video below.

The opening four tracks on the album grabbed me; immediate guitar pop with hooks and harmonies. Simple at times, always beautiful.

'I Just Wanna Be Here (When I'm Somewhere Else)' and the title track 'Bleached Highlights' flow beautifully, leaving me wonder if they were written around the same time.

'Thank You' has a chorus that just lifts the whole song;

I'm never gonna let you down girl, take my hand and welcome me back home
Hey, I'm always gonna be around girl, understand that you're my way back home

The CD (resplendent Jim Lambie print) comes with a lyric book and looking over the lyrics as I listen it is clearly evident that 'Bleached Highlights' is an out and out love album.

That is hammered home by 'If I Had Wings' which (on only a few listens) is a song that stands out, brilliant guitar work and McAlinden sounding particularly angelic and soulful. At only 2 minutes and 20 seconds long, you'll be playing it several times in a row.

People in love experience all kinds of emotions and 'Written' and 'Hear My Name' highlight insecurities, maintaining the flow of the album but just slowing it down ever so slightly. 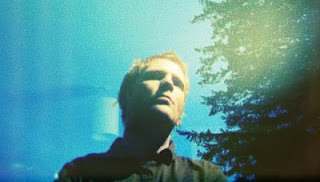 'Something Wonderful' is acoustic based until the chorus with McAlinden sounding almost breathless as he is singing his hear out.

The album closes with 'Hide Away' with a melody that reminds me of something else but I just can't place it. However that is one of Linden's (and indeed McAlinden's) clear strengths - immediately accessible and understandable guitar pop with melodies and hooks. It is simple and pure, this is not an album that will take you a dozen listens to get into, you either like it and get it or it isn't for you.