Strung Out In Heaven

I've always loved the sound of an acoustic guitar combining with an electric. And the sound of boy/girl voices singing at the same time. I caught up with my friend James |a number of times through the last two years to jam on guitars and I discussed the perfect sound I'd like to create if I was in a band. We ended up forming one!

James pointed me in the direction of Strung Out In Heaven by the Brian Jonestown Massacre ... and what a recommendation that has proved to be! 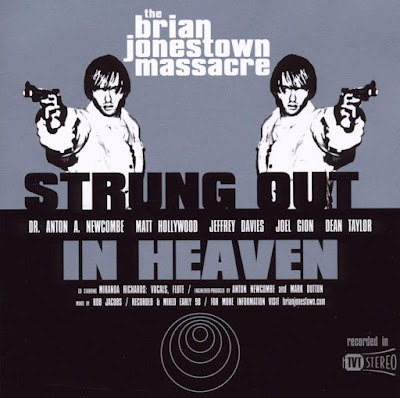 Released back in 1998, Strung Out In Heaven was the 7th full album by the already prolific band. There were a couple of major differences to this record than those that had gone before. Firstly, it was released on TVT Records, a much larger independent label than those the band had been on before. Secondly, and most importantly, it was the first Jonestown record where guitarist Matt Hollywood led a little more on the sound and contributed more to the songwriting, taking lead vocals on a number of songs.

The album has such a beautiful natural feeling to it. Dreamy, stoned, heartfelt and the sound of a band totally in their own world, happy and at ease.

Opening song Going to Hell has Newcombe on lead vocals, keys underpin everything as the band crash gloriously together into a real groove, the lead guitar is played so warmly and lovingly. The feeling and energy bursting out of the speakers is infectious.

Well they say you've been good

And some say you've been bad

You make me cry when you're sad 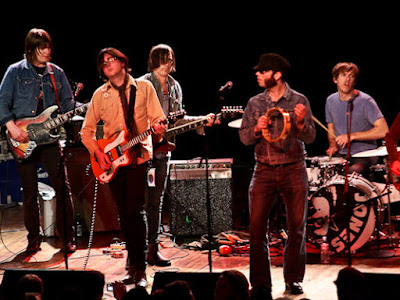 Jennifer is a real favourite of mine. Lazy laid back guitar chords and Newcombe and Miranda Lee Richards vocals combine in

Right over my bed while I was sleeping

You said the clouds were always weeping rain

The laid back sunshine stoned groove of Spun is all kinds of mellow goodness.Listen to the cello coming in at 2 minutes 56 seconds when Hollywood sings

Cause I feel like I've been spinning round and round

Yeah I feel like I've been spinning round and round

It's really beautiful, then the beats, guitars and Hammond organ kick back in as Hollywood blissfully sings 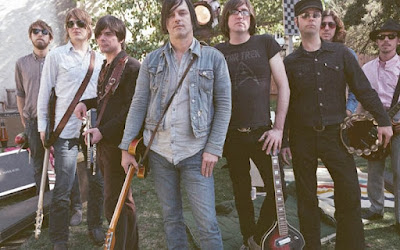 Got My Eye On You is another favourite. The rhythm guitar is solid, allowing the band to just groove. The vocals are deliciously loose; going all falsetto at times, while at others there just adlibbed shouting over the top - bombs away baby!

Maybe Tomorrow starts and drifts beautifully like The Stones. Matt Hollywood's lead vocals strain in all the right dreamy ways.

Baby you can take your time

And maybe tomorrow if the sun don'tshone

I'm gonna walk around until I find

Strung Out In Heaven is an album I've returned to regularly over the last couple of years. If you haven't heard it, then I highly recommend checking it out or tracking a copy down.