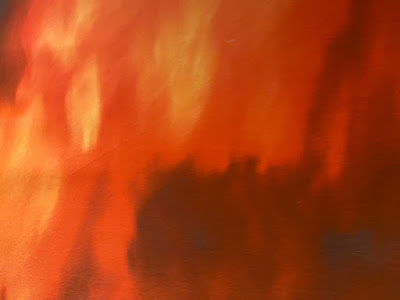 Keep On Dreaming is the second single from my sometime/part-time band Starboard Hazes.

The song had the working title Lemonhead right up until when it was recorded. It's one of the few songs where I had the music before the lyrics. I thought the chords were very Lemonheads-y, so that became the title.

A lot of musicians who are much better than me will say that eventually you just have to let go of a song. Stop tinkering with it, stop taking things out or adding things in..

I get that. I'd have liked to spend more time on this. To make it a little more Lemonheads-y, maybe with some warm acoustic guitar for the rhythm. But we recorded 4 instrumentals in around 6-hours, going back another day to record vocals. We didn't have much time!

So although it didn't turn out quite the way I had it in my head, it does capture the energy and zest from the recordings. I was absolutely buzzing, so we raced through it! Me on rhythm guitar, James on lead and Calum Muir on drums.

I think we recorded in 3 takes. Then James overdubbed bass. I went back one evening in February to record vocals with Annmarie Lochrie. Done!

Well we have another 2 songs we recorded at the start of the year that we'll put out over the summer. We'll start with Bandcamp and then put all 4 out as an EP on other digital channels. I'm at the age where I can't keep up with them all, but I used Spotify!

Then James and I are getting together in the summer to work out 3 or 4 more. After that we'll find out who is available to go into the studio with us to record them. And we also hope to play a gig!

In the meantime, you can stream or download (for free) the single via our Bandcamp. 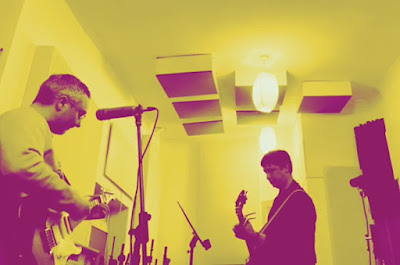 Me and James working out the songs