Thanks for taking the time to visit Everything Flows Glasgow. 2020 is my 13th year of writing the blog. I hope you discover some new music or rediscover an old favourite if your continue to visit.

The start of January usually sees DJ's, blogs and media name their 'ones to watch'.

Rather than do that I'm going with a list of artists I will be keeping my eye on. Some I love, some I am keen to see how they develop and others I wonder if they will live up to the hype.

Read on for stars, those making the next step and old favourites. There is so much more than this going on in the Scottish music scene though - this merely scratched the surface.

Scotland enters 2020 with 2 young stars flying the flag in pretty spectacular ways. Gerry Cinnamon keeps smashing it out the park and is gearing up for the release of The Bonny, his second album, in April arenas, castles and a huge summer hometown show at Hampden Park in Glasgow. 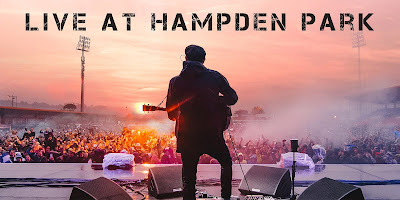 It has been genuinely mind blowing to watch the meteoric rise of Gerry, the only thing I can compare it to is the heady rise of Oasis. Cinnamon's song have made an incredible connection with people.

Gerry's Hydro shows in December were unbelievable, the place went crazy. His songs have connected with so many. Cinnamon is the real deal and I look forward to hearing his new album.


Lewis Capaldi couldn't have asked for a better 2020, a year that included becoming the first Scottish artist to hit the American number 1 spot since 1981 when Sheena Easton (no relation) topped the charts with Morning Train (Nine To Five). Winning fans with his songs, charm and humour, Capaldi has lit up social media, venues and festivals across the world.

I watched his Glastonbury set and was blown away with how at ease this young lad was with such a huge crowd. He was acting with total confidence and cheeky charm like he was playing in his local pub.

What does 2020 have in store for Capaldi? Well he'll be headlining the Sunday at TRNSMT but apart from that, hopefully a good break as he has been hard at it. In terms of new material, I would personally love to hear Capaldi collaborate with Calvin Harris or Mark Ronson.

Teenage Fanclub
I've never known my favourite band to be so busy over such a prolonged spell. They don't seem to have let up since the release of Here in 2016 and I for one am not complaining. Norman Blake recently posted on the Fanclub forum that they have been recording an album in Hamburg and are going back in to finish soon. As the Fanclub self-release, there shouldn't be any hold up in the album coming out in 2020 along with more shows. 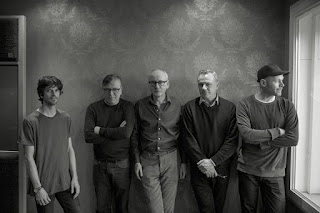 Lightships
2019 saw the return of Gerry Love's Lightships with a show at the Maryhill Community Central Hall. 2020 should see Lightships play more shows - although given that the band feature Dave from TFC and (and Bob from) Belle and Sebastian; Lightships will have to fit around other other projects. I'm not sure if we'll see an album in 2020 or not but I wouldn't be surprised by a single or two.


The Pastels
The Pastels never give too much away, so when they recently tweeted that they were in Abbey Road cutting an old single for a new old project, many indie hearts fluttered. The love and affection for this band is unbelievable and although they are not traditionally a band to look back, I think they might find they enjoy it once they start and also be surprised by the reaction to it. New generations of indie music fans and bands (like The Orielles for example) always seem to find The Pastels - a good sign.


BMX Bandits
Recording and reissues look set to shape 2020 for Duglas T Stewart and the BMX Bandits, including the release of a couple of albums on vinyl for the first time. The band are scheduled to play the 100 Club in London in March, so look out for some more shows if you are a fellow Bandits fan like me.

Breaking - big strides and the next steps forward

Twilight Sad
This band have an incredible surge of support behind them in Scotland. Their most recent album It Won't Be Like This All The Time received exceptionally positive reviews but it seems to be live shows where the band make an unbreakable bond with their fans.

I'm going to be honest, I'm not a fan, but I do like to see them doing well and I am intrigued to see where this band go next. It feels like there is a lot riding on the next album - where could it take them? Could they get a crossover hit? Do they even want to?

The Cure rate this band very highly, so highly that they have covered one of their songs and had them out on tour. As an outsider looking in I would love to see James co-write with Robert Smith from The Cure, or consider getting Robert to produce their next album, which might just see them move to the next level.


Sacred Paws
Sacred Paws energetic live show at Maryhill Community Central Hall in November blew me away. It has made me reevaluate the band and their albums. They do make more sense live, but the energy also leaps out on vinyl and I hope to see the band live again in 2020.


Joesef
This youngster looks set to be a popstar that goes from bedroom to festivals in 18-months. Joesef seems to have got everything lined up for a 2020 that will see him take huge strides. 2019 already saw him sell out his debut show at King Tuts and then one at SWG3 later in the year.

Finding the right producer might be key to the next steps forward for this youngster and he also needs to be given the time and support to develop.

Comparisons have been made to Amy Winehouse (I don't hear it ... yet).


West Lothian
There must be something in the water sings Lewis Capaldi. In the case of his hometown of Bathgate, there may well be! Look out for The Snuts, Luke La Volpe and Mark Sharp and the Bicycle Thieves. Capaldi rated them all highly enough to include them on his Edinburgh Princess Street Gardens show in 2019.

The Snuts in particular seem to be building an ever increasing army of support and backed that up with the release of their single Maybe California.


Cloth
Minimalist, melodic and magical, Cloth released their eponymous debut album on Last Night From Glasgow in November, but spent the entire year in 2019 quietly picking up a lot of love. That love is likely to spread through 2020 with more live shows. A real contender for the 2020 SAY Award.


Dylan John Thomas
Young Dylan John Thomas has had a storming 2019, touring extensively with Gerry Cinnamon has boosted his confidence and fanbase. Expect more releases in 2020 to keep the momentum going before an album drops.


Saint PHNX
Big budget videos, big streaming figures and increasingly bigger shows including American and European tours with Youngblood and Lewis Capaldi, Saint PHNX look poised to move forwards in 2020. The Wishaw brothers, Stevie and Al, had a good grounding in blog favourites Vigo Thieves and have worked incredibly hard on their new stuff which is absolutely geared towards charts, streams and winning fans. Stevie has always had an ear for a chorus, hook and melody and now he has the budget to really go for it.


Carla J Easton
My wee sister never fails to amaze me with her work rate and ongoing development. 2018's Impossible Stuff generated a SAY Award shortlist, coming on the back of two well received albums in 2016 - Say It All With A Kiss with her band TeenCanteen and Homemade Lemonade under the alias of Ette.

A new album is almost complete. And without wanting to give too much away, it is really POP. Recorded with Stephen Watkins in La Chunky Studio in Glasgow.

Carla plays The Old Fruitmarket as special guest for Colonel Mustard and the Dijon 5 on 17th January and Sneaky Petes on 31st January for Independent Venue Week.


Domiciles
Domiciles debut album, This Is Not A Zen Garden, on Last Night From Glasgow has been a rip roaring success, matching acclaim with sales. The initial pressing sold out and demand forced a repress. Everyone I know who has see the band live seems to take friends the next time they play. They don't tend to play live too much but like the repress, demand could force that to change.

Moonsoup
I caught Moonsoup live at the Olive Grove Records 10 anniversary show in November and I was blown away, buying the last copy of a DIY CD EP and also the 12-inch split release with Pocket Knife. I was reminded of a young PJ Harvey crossed with Courtney Barnett - real raw qualities and a good sense of humour, playful with riffs and melodies. I definitely intend to catch her full band show when I can.

Luna The Professor
My friend Gordon has been watching this band develop for a couple of years and they enter 2020 ready to make some real strides forwards after a string of singles. Evidence to date is of a band with an ear for melody and hooks, a band aiming for the stars.


Youngsters for the future

Kerr James
Kerr James made it to the semi finals of Britain's Got Talent and outwith that he is playing regularly on the excellent Glasgow circuit for under 18's and also co-writing with more established artists. This youngster is an exceptional talent with a voice that can soar. Keep an eye on him.

Connor Fyfe
Another very young teenager who is getting out and playing to build up experience. But many have caught on to Fyfe's talents and are tipping him as one to watch over the next few years.