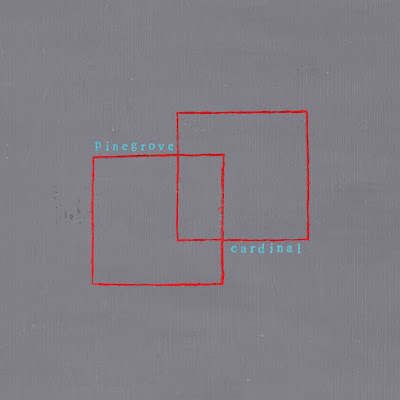 Last week my friend Joe picked me up for our weekly game of 7-a-sides. The conversation to and from Glasgow Green included our usual subjects; kids, wife, work, football and music. Oh, and Joe's new windscreen wipers!

On the subject of music we discussed upcoming gigs and Joe mentioned that he had bought tickets for a band called Pinegrove who were playing St Luke's in Glasgow on Friday 9th March. He said I should check them out.

Then on Sunday afternoon Joe texted to say that he already had a spare ticket. I checked Pinegrove out on Spotify and was blown away.

Cardinal, their last album, was released in 2016. It is a raw, flowing, soulful album with guitars to the fore. Evan Stephens Hall sounds like he is pouring his heart out, stretching his vocals to breaking point, telling his stories and sounding believable, compelling and utterly thrilling. 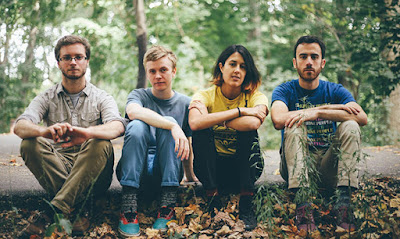 Old Friends sets the tone and the pace. It's a blistering 3 minutes 27 seconds that immediately had me reaching for my phone to Joe to confirm I wanted his spare ticket.


I knew it when I saw it, so I did just what I wanted
So I go through with this, I knew happiness when I saw it

I saw your boyfriend at the port authority
It's a sort of f**ked up place
Well so I averted my stride on a quick one
He's coming back from going over to your place, huh?

The quality and urgency across the 8-tracks (13 on the expanded Spotify edition) is as high and pure. I haven't found myself as excited about discovering a band from outwith Scotland in quite some time.

In a little over 30-minutes Pinegrove display all the soul, emotion, attitude, melodies, noise and just the right amount of swearing that tend to make me fall for a band.

Here is a session for Cadmium, the second song on the album that allows Hall to just wax lyrically over a groove that changes beat and allows the band to jam at ease.

Then Again is under 2-minutes of raw storytelling Indie Americana with a delicious dash of punk pop. The guitars explode into life and the there is just so much energy bursting out from the band.

Hall just pours and bares himself and his heart into his songs. Aphasia is a longer song and there is a great line about Hall writing a song to remind himself. At times his voice stretches to breaking point, at others his band mates harmonise, at others he is soft and tender.

Waveform is gloriously slow before breaking quickly into a flow and groove. Size of the Moon again sees Hall wearing his heart on his sleeve, singing over a simple electric guitar riff about a lost love before his band come in to back him up.


Do you wanna dance?
Fine, but do you remember when
In your living room, when we made some room
and moved ourselves around in it?
It's how my heart resumed
I got caught, you got those Caravaggio moves
We had some good ideas, but we never left that f**king room

The album opened with Old Friends and it closes with New Friends. The lyrics are clever, pure, soulful and so easy to relate to.

The bonus edition on Spotify contains some brilliant demos/sessions.

Sadly, just a couple of days after falling for this band and looking forward to seeing them in the brilliant St Lukes, they have postponed all scheduled tour dates while the singer works through some issues that sound complicated to say the least.

I do hope he works through them and they come to Glasgow in the future. 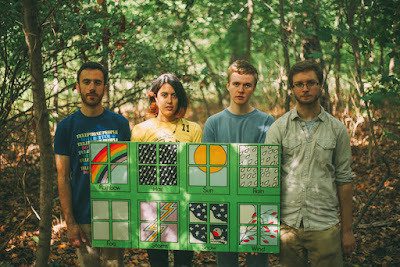