2015 has been a pretty good year for music; there were albums and shows from long time favourite bands of mine, discoveries of some great new artists, plenty of brilliant music from Scottish artists and plenty of surprises including the Belles going disco, Gaz Coombes stunning Matador album, the return of Idlewild and Blur showing how booking time to just jam and create, can sound wonderful.

Here are my favourite albums. I have selected my favourite song from each album to give you a flavour of what you can expect from each artist in case you haven't heard anything from the album. Just click on the link to stream.

I'll still be discovering albums from 2015 for a while to come and I have Trust Fund's 2 albums on order at Monorail as I type. But for now....

Dr Cosmos released 2 albums in 2015. This was the first of 2015(their second album) released back in March - a cosmic trip full of McCartney and Wilson inspire melodies, hooks and harmonies. If you haven't discovered them yet then you are losing out.  The sounds that Joe Kane and Stuart Kidd are all the more impressive given their method of recording! The album was recorded in Joe's bedroom on to an old Tascam 424 mk3.

FAVE SONG - I have 5 real favourites! The Mirrors Reflection, The Stars My Destination and the closing trilogy of The Long Sleep, Space Dream and Beyond The Silver Sea - stream them and the rest of the album HERE  Read my review from back in April HERE 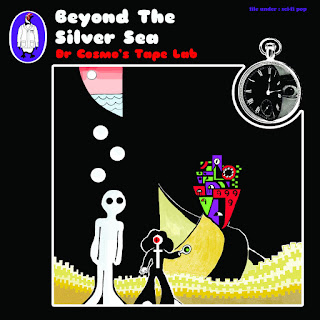 I heard a couple of incredible songs on 6Music and wondered who it was - 'Gaz Coombes....really?' Well the answer was yes, it was, Gaz Coombes from Supergrass delivered an exceptional album - playing most of the instruments and producing as well. The musicianship is incredible, delivery sublime.

My fave song -DETROIT the way it develops is incredible. Read the guest review by Craig Douglas from Sonny Marvello HERE 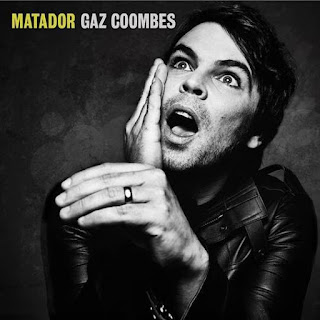 Modern Nature contained some songs that are up with the bands best - the singles So Oh (check the Brian Jonestown Massacre remix), Come Home Baby and Let The Good Times Be Never Ending along with gems like In The Tall Grass and Emilie.

My fave song - COME HOME BABY that soaring chorus gets me every time, also my 4-year olds fave and we dance around the kitchen to it. My blog review is HERE 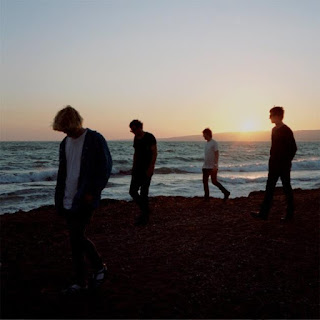 This mini-album/EP was released at the end of 2014 but it only came to my attention (and pretty much everyone else's) when it was longlisted for the SAY Award. Their name stood out and then I checked out their song Altered Images and was just blown away. This was something different, completely different, sounding super cool and totally brilliant.

There will be a special guest blog on Happy Meals very soon. 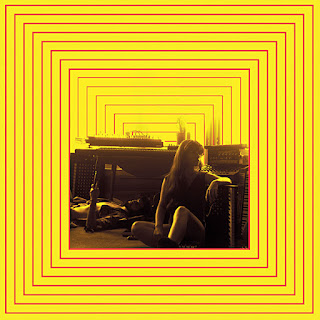 How would they sound without Hooky? Well, I personally miss his unique bass playing but New Order still sound fantastic and full of energy. My good friend Tel who saw them away back in 1981 and he was blown away by Music Complete. The Academy show in Glasgow was one big party.

Fave song - PLASTIC edges it for me, Bernard Sumner in great form. 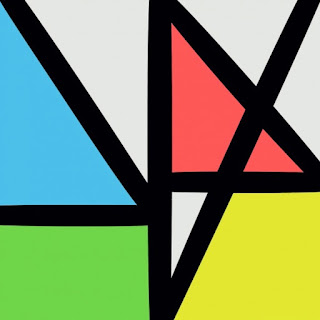 A beautiful album released on Matthew E White's Spacebomb label. Word of mouth spread on this, leading to sold out shows and a performance on Later With Jools.  Check BIRD OF PREY from Jools - HERE

Fave song - IF the disney-esque album closer is one of my songs of the year, never mind song of the album. 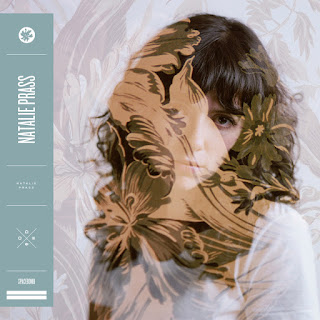 I saw this bands name kicking around a little and then Bobby Gillespie posted about how much he was enjoying it and Holly Calder from Eyes Wide Open booked them to play the Old Hairdressers - two people with impeccable taste. I got tickets for the show (later upgraded to Mono) and the album and wasn't disappointed.

Fave song - (I'VE GOT THE) SANCTIONED BLUES is pure Velvets inspired brilliance with fantastic harmonies and a gorgeous guitar riff. 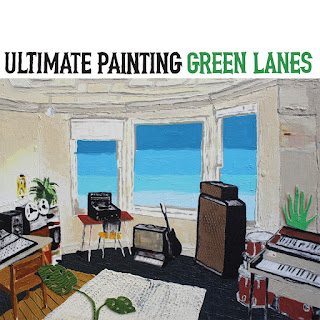 Norman and Jad also released How Many Glasgow with Tenniscoats, but this album that followed shortly afterwards, with a show at Mono to coincide edges it for one of my favourite albums of the year. Jad Fair is unique, a romantic dreamer, a poet. This is a beautiful album, full of love.

Fave song - ADD YOUR NAME is bursting with positivity and hope 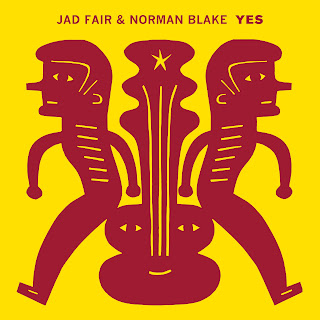 Belle and Sebastian - Girls In Peacetime Want To Dance

The Belles delivered a few surprises with Girls In Peacetime Want To Dance, going a little electro, a little disco, but still remaining distinctly Belle and Sebastian with Stuart Murdoch's clever, witty and at times autobiographical lyrics backed by an exceptional band. Their show at the Hydro was an absolute delight - a far cry from the first time I saw them at the QMU all those years ago when they had breaks on stage to go off for cigarette breaks. 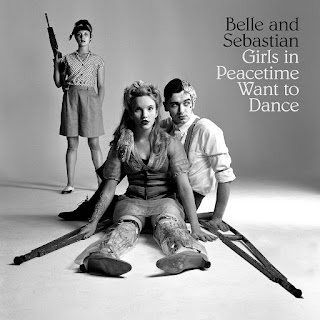 Ah the sound of raw and loud duelling guitars and a band having fun - it doesn't seem to happen quite so often these days with so many bands being over-produced and using synths. This is glorious.

Fave song - KATHLEEN SAT ON THE ARM OF HER FAVOURITE CHAIR just crashes and smashes into existence and then gets better as it goes on. 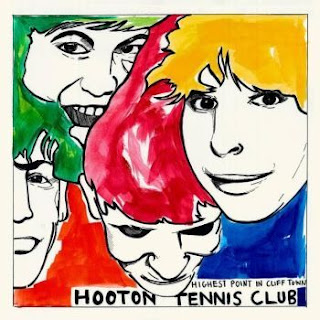 Idlewild - Everything Ever Written

Roddy Woomble and Rod Jones returned with a couple of new members and they released a brilliant album and performed some sensational shows. Both were on top form.

Fave song - UTOPIA closes the album in a devastatingly beautiful manner. This was truly special when they played it live at the ABC earlier in the year. Read my album review HERE 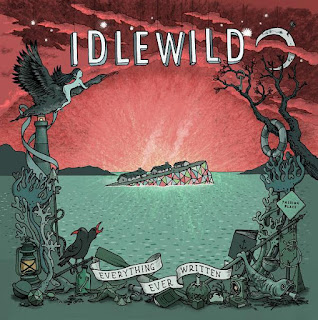 I really thought Miaoux Miaoux might just break through a little bit further with this album. 6Music got behind It's The Quick and it sounded superb on the radio. Away from the studio Miaoux Miaoux delivered some brilliant live shows with the bands set at Wickerman being a real highlight.

Fave song - Lead single It's The Quick showed a funkier and meatier side to Miaoux Miaoux but I really fell for LUXURY DISCOVERY live when the band went into an extended jam at the end. And that chorus is just so uplifting, camp and disco.

A Facebook post alerted me to this artist, I like the name and checked out the album and it is one of my favourite albums of the year. Incredible songwriting from one so young. Check my blog review HERE

My fave song - HILLS reminded me of Beth Orton 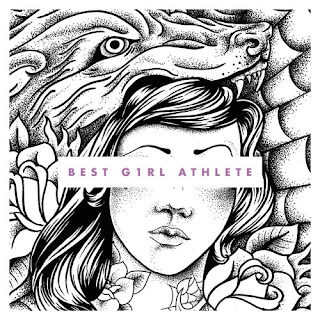 Damon Albarn and co produce something quite special by using downtime in Japan to jam and record a quite raw but superb album. The rawness is what makes the album, nothing is over though or over produced. Lonesome Street was like stepping back into 1995, Thought I Was A Spaceman was blissfully dreamy and My Terracotta Heart just what you wanted from Blur in 2015.

Fave song - ONG ONG just has a great feeling to it 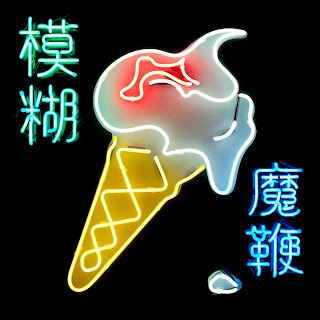