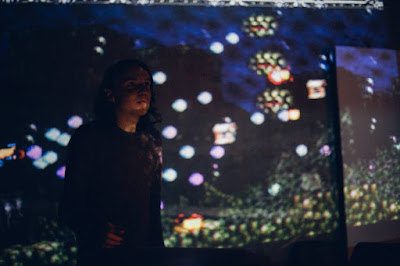 Wuh Oh is an act I discovered after reading about their song Stay Tuned on the Podcart website away back in April. Podcart described it as a summer soundtrack and had this to say;


With its own distinct flavour,
this sun-kissed pop odyssey will make sure a smile doesn’t leave your face.

I totally agree, Stay Tuned by Wuh Oh is like the sound of sunshine on ecstasy, sample heavy uplifting pure pop, sounding like it is a lost cut from Since I Left You, the classic album by The Avalanches.

Wuh Oh has released the Wuh Oh EP to date (featuring All Yo, Saxy Beast, Trippin, the aforementioned Stay Tuned and Self Titled) and comparisons to The Avalanches can continue as he samples Marvin Gaye, jazz and pretty much everything he can get his hands on to create something unique.

I was going to email a few questions to Peter Ferguson, the producer behind Wuh Oh, but The list have beaten me to it and have an excellent interview with Peter HERE

My song 'Stay Tuned' is basically five seconds or so of a jazz fusion song spread out over three minutes, pitch shifted and chopped up and rearranged. I don’t usually actively look out for samples, but when you hear five seconds of music that clearly deserves to be a whole track, it’s hard to resist trying to make that happen.

It sounds like Wuh Oh is going to be releasing quite a bit of music in 2016, so Stay Tuned indeed!