Slip Inside This House

Cover of the month #4 - Slip Inside This House 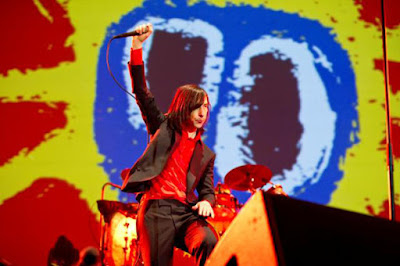 Not so much a cover - a total transformation!

Track 2 on the legendary Screamadelica album, Slip Inside This House goes off on a total tangent from the Stone-sy opener of Movin' On Up and brings the listener slap bang into 1991 and Acid House.

Only, this isn't a Primal Scream song, it was originally released by The Thirteenth Floor Elevators back in 1967 - the original summer of love. So there was some kind of neat synergy that it was being updated by the Scream during the second summer of love and it was a nice nod to their love of 60's garage psychedelia.

Of course, being a 15-year old I had no idea it was a cover at the time. It was probably a few years later through reading interviews/reviews or the sleeve notes that I noticed it wasn't written by the band.

Primal Scream, like a lot of bands I fell for in the early 90's, introduced me to loads of good music. Bobby Gillespie is a walking, talking music Encyclopedia and would use interviews to highlight his impeccable taste and knowledge.

So I bought a re-release of The Thirteenth Floor Elevators Easter Everywhere album on vinyl, interested to hear the original. The Scream remain pretty true to the vocal melody, but everything else is transformed. The original has loads of verses and lasts for 8-minutes while the Scream version is just over 5-minutes and concentrates on beats and grooves for much of it before taking the listener on a delicious trip - especially when the bass kicks in. 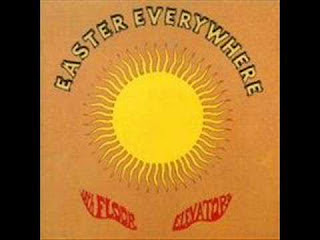 Screamadelica was (and remains to this date) an important album for me. I remember one crazy night with my good friend Reddy where we listened to it about 7 times in a row when we came in from a night out.

It does sound like Bobby Gillespie, although he has said in interviews that he was so wasted that it was Robert 'Throb' Young that sang on it.

Slip Inside This House by The Thirteenth Floor Elevators is urgent, persistent and the searing guitar just lifts it higher. Primal Scream take it not only to another level, but to another dimension. Exceptional!

Check this live version from the first Screamadelica shows with Jim Lambie's psychedelic artwork only adding to the trippy feel. The original is below.