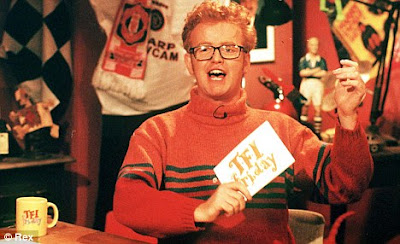 The iconic 90's Friday night show hosted by Chris Evans is returning to our screens, 15-years after it finished, 19-years since it started - they made a mistake as they thought it was the 20th anniversary; classic TFI!

TFI Friday was synonymous with the Britpop era with Evans the magical conductor, backed by a brilliant writing team including Danny Baker and Evans trusty sidekick and pub-trickster Will MacDonald.

It was slightly risky viewing for 6pm and it was the perfect way to kick-start the weekend with Evans playing host to an hour of the best music around mixed with informal yet informative interviews and some wacky sketches.

Evans played out his fantasies in a studio with its own bar - his favourite bands, girls he fancied stopped by and snogged on the show (Kylie and Geri), Paul McCartney and David Bowie dropped by, with Macca leaving in style in a Bond-esque speedboat up the Thames, Shaun Ryder famously swore a few times with his interview with Chris and the Patrick Cox shoes being absolutely priceless TV. 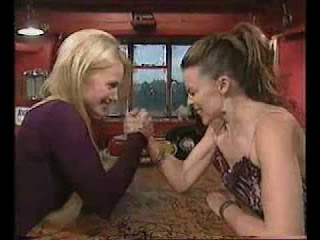 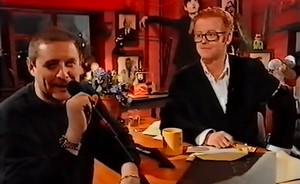 Evans bounced back in equally spectacular fashion - buying and selling Virgin Radio, woo-ing and marrying Billie Piper, moving to LA, before returning to the UK and remarrying and revitalising his career on Radio 2 and the One Show.

Mani from the Stone Roses is on - will he make an announcement about their new album and more shows? Liam Gallagher is on in a supergroup with Roger Daltrey, Zak Starkey and Ian Broudie, Blur are playing and Ocean Colour Scene will still be supplying the theme tune.

That suits me just fine. I'll take that over Alan Carr or Graham Norton any day of the week.

Timing was what was partly brilliant about TFI; it captured the heady days of Britpop. TFI was like your weekly Britpop News show and Evans was having the time of his life on national television. So were many of his guests!

Evans has two incredible autobiographies out that I would highly recommend; check the incredible true story about Richard Branson, John Cleese and Concorde revolving around the mayhem that was a TFI Friday writing party for starters!

The guy is a media genius, he can relate to people on the street and to rock and film stars with ease - allowing him to ask questions that no-one else would think of or be allowed to get away with.

It's not the mid-90's anymore, so TFI is on at 9pm. Perfect for the 90's generation as we can get the kids to bed and crack open a few beers....or is it a bottle of red these days?

I for one hope it leads to a few more shows. 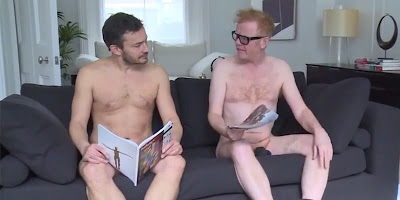 Chris strips off to prepare for the return of TFI Friday 2015﻿
Posted by everythingflows at 09:45