To keep your identity hidden in the current age is pretty impressive and I personally find it quite refreshing. That is exactly what The Son(s) have done following the release of their self-titled debut album last year and Leviathan, the excellent 6-track follow up EP. The album is available to buy NOW and the EP is released on 7th May. Both are released via Olive Grove Records, the DIY label that may well make the jump to a respected indie within the next 2 or 3 years if it continues its current approach. 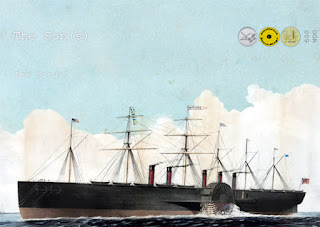 I was going to write this review on first listen, a write-while-I-listen approach, that can either work well or hopelessly mis-fire as songs grow on me.


That approach went out the window very quickly and I am now on my fourth listen of the opening track 'Roaring Around The Houses'. There are some beautiful harmonies, gentle acoustic strums, a stunning melody played on an instrument I don't know, (maybe a flute sampler or something?). The vocals are exquisite, as is the recording and production. I would highly recommend listening to this on headphones.


Only two-and-a-half minutes long, be warned, you may be like me and go back and listen to this again and again.


'If I Hear You Talk Apostrophes Again' takes me by surprise as it comes in on a Bowie type riff, there is another nice melody plonked out from a piano, the vocals are completely different - hushed yet with a menace about them, the harmonies are close and brilliant again but in a different way. As it is The Son(s) I have no idea if it is a different singer or the same person who sang the opener. I did read somewhere it was one person, if it is then the guy is incredibly talented.

'When I'm King you're first against the wall'

'Cocksure Boys' slows things down again. I don't know if The Son(s) listen to The Beach Boys or not, but I am kind of guessing they do. The intricate melodies and variety of instruments are so special that you could play this to a stranger and pass it off as a long lost gem from the 'Smile' sessions or something. Seriously, this is special music. The production is sublime again as it is throughout this gem of an EP.

'You, you're just the kind of fellow, who likes taking things apart,
but can't put 'em back together'

Again, I had to go back and listen to this a few times. It truly is a gem.


The quality and variety of music on this EP is truly remarkable. One of those few occasions where the music hits you instantly yet you know it also has so much depth that you will keep going back to it.


I do hope The Son(s) eventually play live. I do also like and appreciate the fact they remain a mystery. Apparently promoters and festivals wanted them to play last year...they turned them down.


'Half Lived' changes pace again. It has a dream like feeling to it and has the hook that turns into a mantra;

'Please cover the kids in kisses from me'


'Shot Out A Cannon' has an Elbow like feel and quality to it. The lovely instrumental to close the song ends too soon, you could get hypnotised by it.


'There Is No-one To Thank' is just over 2-minutes long, yet that is more than enough time for The Son(s) to work their magic. The guitar playing is exceptional and the melody picked out on a xylophone is just beautiful.

This is the best thing I have heard in ages. I don't really know what else to say, hopefully the references to The Beach Boys, Elbow, melodies, hypnotic instrumentals, hooks, etc etc will lead you to check it out.


For now, you can stream the EP from the Olive Grove Records Soundcloud page....but you will want this on your ipod. Or you can buy a cassette! 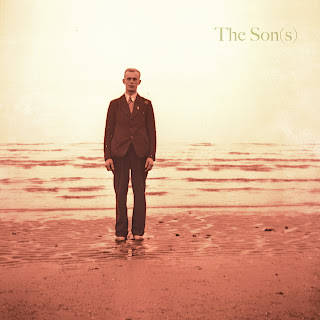 Thanks for great information you write it very clean. I am very lucky to get this tips from you.