The day I bought Mani a pint at lunchtime 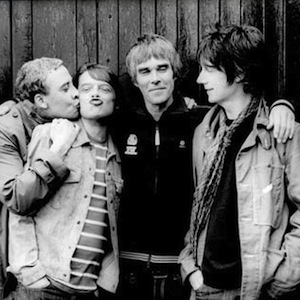 OK, OK, excuse me for going into Stone Roses overdrive. I have somehow managed to persuade my wife to fly out to Amsterdam at the start of June to catch my favourite band...that I have never seen live.

Our friend Lynn lives out in Amsterdam and she messaged me earlier in the week to say she had two spare tickets. Now I am already travelling down to Manchester at the end of July to catch the Roses at one of their Heaton Park gigs, but the Amsterdam show is at the 5,500 capacity Heineken Music Hall. At Heaton Park I could be a mile from the stage.

The romantic notion of flying out to Amsterdam with my wife 10-years after our first (and last visit) to the beautiful city to catch the Roses on their third comeback gig got me excited. Easyjet flights were duly booked and I cannot wait.


The excitement caused me to indulge in the memory of meeting one of my favourite band's members back in March 1999. I remember it like it was yesterday.


Back then I had just turned 23. I was working for Abbey National's Customer Service Desk on St Vincent Street. It was a Friday, a dress down day, thankfully as I wouldn't have wanted to meet Mani in my square work gear. I still remember what I was wearing; Penfield anorak, baggy (if


I was walking up Pitt Street to go to Greggs or something. I was nearing Sauchiehall Street when walking across in front of me was Mani, or someone who looked like Mani, with a mate.


I turned on to Sauchiehall Street. It was Mani. Some kind of reaction (excitement) caused me to to just shout out, 'MANI'!


Mani stopped in his tracks and turned round. I caught up.


Mani shook my hand, pumping it with a huge grin on his face, happy to be recognised - I think. Mani has always made time for fans.


Mani - 'Just mooching about the shops man.' (He said this in a particularly Mancunian accent)


My passion for the Stone Roses was well known at work, so here I was walking down Sauchiehall Street with a legend. Over 2,000 people worked in that building at the time, a number of whom saw me, including fellow Roses fans. I felt 10 feet tall, especially when I saw a girl who I knew was a massive Roses fan. Her eyes were popping out of her head. 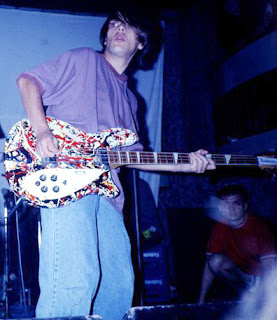 Mani at the Rooftops in Glasgow, their first Glasgow show

I chatted about the recent United v Inter Champions League Quarter Final and mentioned that a couple of my Mancunian mates had met Mani out in Milan.

Mani - 'Fucking top Euro away man, this is our year.'


Me - 'Yeah alright then.' (Inside I was screaming YEEEEAAAAHHHH)


We walked up the stairs and into the bar...


Me - 'No I'll get them, I'd really like to buy you a pint. The Roses were my favourite group and I love Primal Scream.'


Phil wanted one too, so it was 3 Kronenburg's all round. I still think of this day whenever I drink one!


We sat down, the only people in the pub. Now I don't normally get starstruck but I have to admit to being on cloud nine at this point.

Conversation flowed easily, as anyone with even the slightest knowledge about Mani's larger than life personality would expect. 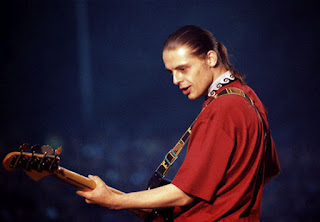 Mani didn't disappoint, answering my questions about current Scream recordings (to be released the following year as XTRMNTR - with Mani bigging up how central his bass was to the sound), talking about United and the possible treble, his memories of the Roses.


I must have come across as 'alright' as they said they were going to Greenock that night and asked if I wanted to come. I declined as I had to go back to work! How very conscientious of me!


If I had the chance again I would have stayed out at least for another few pints. But an hour in Mani's company was enough, it left me buzzing.


I got back to work to loads of emails titled Mani and a girl in my team asking 'Who were you out to lunch with?'


What a day. When a hero lives up to expectations (and more) it is a great feeling. Mani is just full of energy, enthusiasm and lust for life. It is infectious. He was a joy to have a beer with. 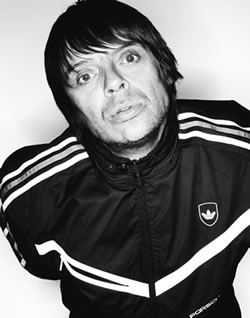 ahh wicked man, I just see them at heaton park and I cant think of nothing better than having a pint with anyone them..
im JEL!!! im only 28 so liek you I was too young to see them before they split! as soon as I heard they we one again I was too excited!
29th june heaton park! best night of my life!