A Case of Vinyl - Tim Burgess 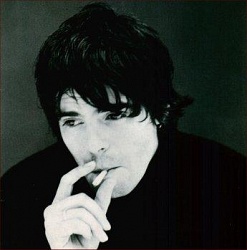 Tim Burgess debut solo album 'I Believe' was upbeat pop with quite a few love songs. Rather a lot has happened since 2003 with Burgess splitting with his wife last year (I think).


A taster for the album, suggesting it may be one of those classic 'breakup' albums, has been released in the form of 'A Case of Vinyl', available on the free CD through the current edition of Uncut and about to be released on Record Store Day on limited vinyl.


Recorded in Nashville and co-written with Kurt Wagner from Lambchop, you can almost feel (or visually picture) that Burgess heart as been broken. This is soulful and mournful, Burgess trying to be philosophical about the way things worked out.

The section beginning 'See those records stacked up in the corner' is surely a vocal highlight for Burgess. Staggeringly beautiful, incredibly gentle, intimacy on vinyl.


The second break is equally superb;

'....and then those songs might be lost forever, or until they're discovered again'

On the third verse it sounds like Burgess' voice is close to cracking, as if he is welling up. This is a song to listen to on headphones.


It is a long time since I have heard someone lay their soul so bare on a record, it sounds like the album is going to be a brave one in that context. I look forward to it.