I was very saddened to hear of the death of Martin Duffy from Primal Scream.

Duffy (as he was affectionately known) had lived a life for sure, but he was only 55. Too young.

As a teenager Duffy joined Felt and contributed massively to the bands sound, also being given the freedom by the bands enigmatic leader Lawrence to write instrumentals for the band.

Simultaneously, Duffy played on the first two Primal Scream albums, joining the band permanently in time for the move into electronic music and the seminal Screamadelica album.

"I remember Duffy when we were doing Inner Flight. He was tripping on acid.  I remember him jumping on the mixing desk going 'Bob, Bob, I'm pissing in the sky!' It was beautiful." Bobby Gillespie

Of course, to be in the Scream you had to be able to keep up with them and it sounds like Duffy had no problem in doing that! He nearly died while partying with the band during a hedonistic session in 1993, unsure if he had been stabbed or fallen on to glass. I remember reading about this in the NME at the time.

Primal Scream were the perfect band for a long time; Bobby Gillespie as a front man, the dual guitars of Andrew Innes & Robert 'Throb' Young, Gary 'Mani' Mountfield on bass, Duffy on keyboards ... joined, on occasions, by Kevin Shields on guitar.

To see the band on their Vanishing Point and XTRMNTR tours at the Barrowland was simply incredible. They could play beautiful soulful blues ballads, high energy rock n roll, psychedelic futuristic electronica, punk rock or dub based grooves. It was a sonic arsenal.

Duffy could either lead (just listen to his playing on the Give Out/The Original Memphis Recordings, or underpin everything (that organ groove on Come Together is a real favourite).

Appreciated throughout the 'indie' music community, Duffy played a big role in keeping The Charlatans going following the tragic death of Rob Collins, stepping in to play Knebworth. The band then played Channel 4's The White Room shortly afterwards and it might just be my favourite live TV performance of all time. Look at the way Tim Burgess looks on at his band jamming away on One To Another and a particularly ferocious Crashin' In. 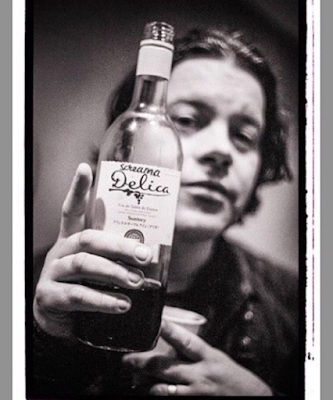