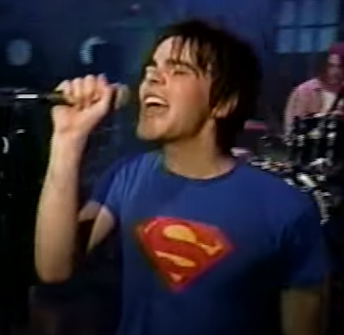 Tim Burgess has been a hero of mine since I discovered The Charlatans back in 1991. I was 15 and songs like White Shirt, The Only One I Know and Sproston Green were doing the rounds on mix tapes, leading into Weirdo and Chewing Gum Weekend as the year ran into 1992.

Alongside Teenage Fanclub, The Charlatans are the band I have seen the most. Including Tim's solo shows, it must be well over 40 times through the years. Later this year I should be catching Tim play King Tuts and also the Strathaven Hotel as part of the FRETS concerts.

I guess the reasons why Tim is a hero to me have changed through the years. To begin with, it was the hair, the songs, his band, his movement on stage and just the fact he was super cool. They are all still there!

As time progressed I appreciated how prolific Tim is, how infectious his energy is, how he pours himself into projects and how he makes friends everywhere. Burgess always had to be creating, whether it was with The Charlatans, writing and recording solo albums, his books, his record label, his own coffee (!) and Tim Peaks Diner at festivals.

Tim always wears his heart on his sleeve, his love of music and life shines clearly for all to see. He wins friends wherever he goes.

Back in 2016 I had the great pleasure of walking down Rose Street with Tim and his great friend Nick Fraser. It was glorious sunshine and I'd just been to FOPP to get my copy of Vinyl Adventures signed. I'd met Nick a number of times when The Charlatans played Glasgow and it was great to walk n talk music, kids and records. Tim gave me an extra signed copy of the book and album to droplift into a local British Heart Foundation store which was great, it created a real buzz on social media the next day. It's a lovely memory to have. 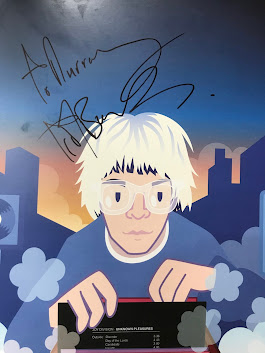 Over the last year Tim has become a bit of a hero to many more music fans across the world thanks to #timstwitterlisteningparties Bringing artists and fans together to listen to albums simultaneously, sharing love and memories on Twitter. In addition he has supported #brokenrecord , campaigned to save venues and this week Tim became a patron for the Music Venue Trust, a charity acting to protect, secure and improve Grassroots Music across the UK.

In my eyes, Tim's gone from being a hero of mine, to being a bit of a super hero. His super powers? Well if everyone had Tim's super powers the world would be a better place. In fact, tune into one of his listening parties and you'll enjoy seeing people worldwide being friendly, warm, loving, supportive and appreciative of music, the arts, friendship and the community Tim has created.

Tim has all these qualities and more. Tim is someone who has the skills to bring people together and make people feel good. Easier said than done, especially over the last year.

This comes across as a bit of a fanboy post, but my intention was to say thanks. It's 30-years since I first heard The Charlatans. I'm so fortunate that they are still releasing music I love, still playing shows where I can forget about everything for a couple of hours to dance and sing my heart out and there are all the other things I've mentioned above.

Well done to the Music Venue Trust for reaching out to Tim, a perfect match, a perfect patron.

CLICK HERE for The Charlatans playing Can't Get Out Of Bed live with Tim in his Superman t-shirt. 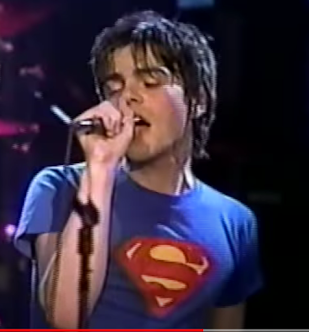