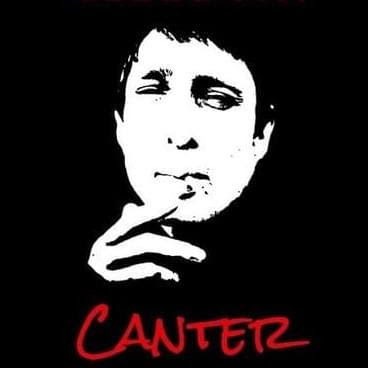 A lot has happened in Gerry's world over the last 12-months and it has been amazing, exciting and enthralling to witness live and to follow his trailblazing adventure. I thought that it might be time to write a follow up to my blog The Rise and Rise of Gerry Cinnamon that I published last summer 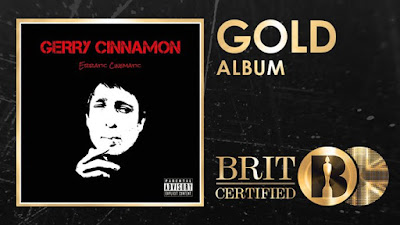 Whether is it posts/tweets or pictures of love, Cinnamon lyric tattoo's, murals on walls or the many uploads to YouTube that display the passion, euphoria and utter enjoyment that Cinnamon's live shows bring. Someone should bring them all together in a documentary. This kind of rise to this kind of level in this kind of way hasn't happened before. It is incredible to witness.

Uploaded fan films on YouTube can reach tens of thousands, even over 100,000 views - such is the demand to experience Cinnamon-mania. Just search for Gerry Cinnamon on YouTube and delve in to the joy, mayhem and euphoria this guy is beautifully creating for people.

But if you want to start with some professional BBC footage then let's come bang up to date with the summer of 2019 and Cinnamon's sensational TRNSMT festival performance, hot on the heels of his incredible Glastonbury performance (check it on the iPlayer) where he packed out the John Peel tent. Both are sensational to watch, Gerry just keeps taking things to another level - and so do the fans!


Cinnamon-mania took over TRNSMT - again. Just look at the crowd in the video above! And listen to them!

In glorious sunshine artist and audience became one. The audience could feel it, they sang the guitar riff to Sometimes, jumped, danced and sang every word. And Gerry could feel it; the bit at the end of What Have You Done where Gerry just decided to play his harmonica solo and stamp out a beat again was thrilling to watch. And Gerry's rallying cry to young musicians ahead of Kampfire Vampire was heartfelt and pure soul. Surely he'll be back to headline in 2020?!

You can catch the full set HERE in case the iPlayer link above doesn't work by the time you read this.

Since my last blog on Gerry there have been; bigger shows, bringing in the new year by playing Edinburgh,  more festivals - and higher slots, European shows and festivals, a newly announced winter 2019 arena tour that is sold out with the Aberdeen show set to break the record for the biggest ever indoor crowd in Scotland and there is an ever growing fan base that now includes Mani from Stone Roses and Liam Gallagher. 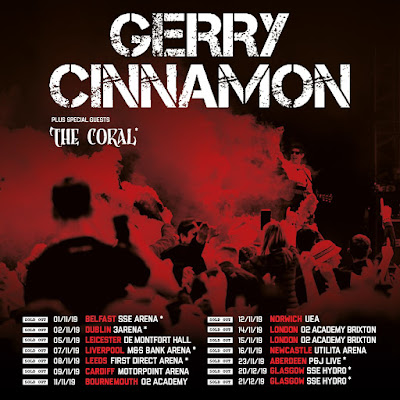 For the fans - there have been smiles, laughs, sing-songs, flares, dancing, new friendships forged and nights that fans will remember for the rest of their lives as they enjoy falling for the songs, personality and soul of Gerry.

Cinnamon has rallied against ticket touts, promoted fellow singers from Glasgow including young Dylan John Thomas who played a sell-out show at King Tut's at the end of June (look out for a future blog on him), become a silver selling artist after a repressing of his debut went into the shops in March, his album has shot back up the charts (and gone GOLD), and Gerry has influenced young kids to pick up acoustic guitars, play, sing and write.... and go their own way.

Picture by Amelia Ward
Gerry at the Barrowland Ballroom

The last year has been mad. There may have been sell-out shows galore but Gerry has remained true to his beliefs and he hasn't sold out. He is still doing this on his own with his small trusted team, there is no record label and Gerry doesn't do media, he doesn't play the game. Word of mouth is the fuel for this (bon)fire. 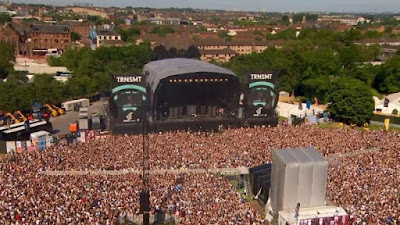 New music has been teased including Dark Days (played at the end of 2018) , The Bonny (played at TRNSMT to a great response) and Canter , released as a summer single, hitting number 3 in the iTunes chart.

Canter is classic Cinnamon; advice, honesty, a dash of cheekiness and beautifully pieced together into sections, starting with plenty of breathing space before Gerry's rhythm guitar playing drives it along. I love when he brilliantly hollers it's a wee crying shame, here comes the rain and the section that flows beautifully;

There will be an album at some point and in one of the very few interviews Gerry has done he answered Radio X's Gordon Smart's question of when will the album be out? with as soon as it's ready. The beauty of working without a label!

With a tour scheduled for November there is every chance it will be out before then.

For fellow fans of Gerry, strap yourself in and enjoy the ride. The bonny is burning brighter than ever.