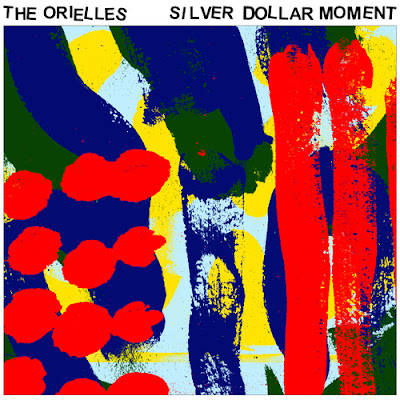 I always intend to blog about every album I buy or check out, but that never happens. I tend to write feature length blogs going into every song - so that can take quite some time!

So I do intend to write some shorter snapshot blogs on bands, albums, EP's and songs this year.........here is the first.

One band who have been on my radar for a while is The Orielles who have just released their debut album Silver Dollar Moment on Heavenly Recordings. Two of the band are still teenagers, with guitarist Henry set to sit his A-Levels this year if their schedule allows. Singer and bassist Esme studies English Literature in Manchester while her sister and drummer Sidonie still works in a Post Office in Liverpool. 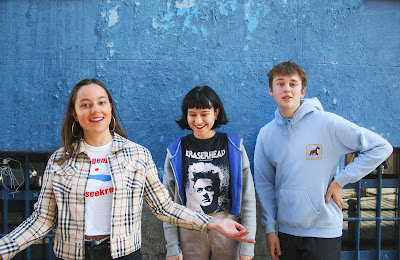 These days it is rare and refreshing to see and hear such a young band (the drummer is still only 17!) receiving the backing of an established indie label. Heavenly are really behind The Orielles and so, it would see, is a network of record shops, indie loving journalists, promoters and fans.

It is pretty easy to hear why. Silver Dollar Moment is one of those albums that captures a band at just the right time. Everything about it seems right - the songs, playing, the in-jokes, references, song titles, sound and production.....

Dive in and listen to the chiming reverb laden guitars, cool and a times ferocious beats, groovy bass lines and crystal vocals. There is so much to love about The Orielles and Silver Dollar Moment - they can play and they can groove, listen to outro instrumental to Let Your Dogtooth Grow which builds to a great wee riff and repeated chorus

Elsewhere Mango is power indie jangly pop with a lovely bit of hammond/keys coming in towards the end. I Only Bought It For The Bottle arrives at the chorus in under a minute and it lifts the song superbly. Many of the songs contain brilliant dreamy little backing vocal coo's and ooh's, the band let things flow naturally. I guess that is the best thing about the album - it all sounds so natural.

The Orielles play Mono Cafe Bar in Glasgow on Thursday. Unfortunately I'll be on a train back from London. I think it could well be one of the gigs of the year.