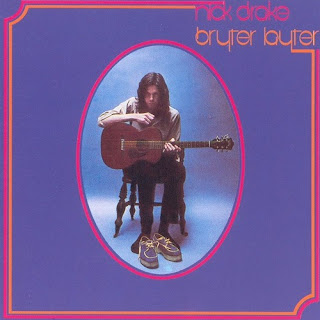 My friend Ian stuck on an original record on in his flat. The large bay windows let in the light from the street, I cracked open a beer and padded across his wooden floorboards to inspect the sleeve - the opening instrumental was sheer beauty and the second track was jaunty leftfield pop, who was this? Was it some long lost unreleased Belle and Sebastian number?

I own Pink Moon, I've read several articles on the genius of Nick Drake over the years, but sadly I had never pursued all of his albums and recordings. More the fool me!

Bryter Layter was Drake's second album, released in March 1971. It is incredible.

The aforementioned instrumental is simply titled Introduction and it is 93 seconds of perfection. I sat transfixed as the strings soared and swooped over a lovely picked guitar riff. Cinematic, widescreen, dreamy - perfect music to escape to.

I mentioned Belle and Sebastian earlier and Hazey Jane II must have been a favourite of Stuart Murdoch and co at some point. I am sure it still is.

The song has a brilliant flow, warm feel and production, the band jamming along and Drake sounding like a dreamy and knowledgable angel. The trumpets/horns lift the song, the acoustic guitar playing sounds beautifully furious at times.

Drake’s whispery vocals over his strummed and thumbed acoustic, backed by gentle percussion are incredible throughout the album. On At the Chime of a City Clock they sound even better with yet more glorious strings and a little bit of saxophone. 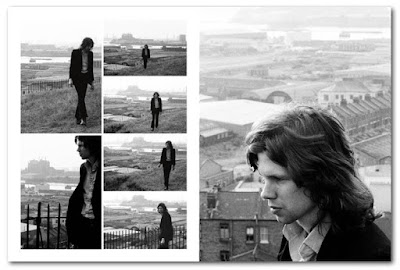 One Of These Things First is a beauty with Drake singing about all kinds of things he could have been - a sailor, a cook, a book, a pillar a door....

Drake later revisits an earlier song (about the same girl) with Hazey Jane I closing side 1 of the vinyl.

The title track Bryter Layter (an instrumental) opens side 1 of the album, flute and strings combine with yet more warm sounding acoustic guitar being picked and strummed almost casually, yet with such care.

Fly is sheer beauty, Drake’s voice and lyrics of love are mesmerising and yet again the strings over the finger-picked guitar combine as if they were meant to be together.

Poor Boy has a  bluesy jazzy feel to it with Drake talking of being in a mess (a poor boy) but dreaming of love. Gospel vocals lift the song for the choruses and the jazzy feel is magnified by a little piano and sax solo.

I’ve fallen for this album and Northern Sky is just sublime - does music get much better than this?

The album closes with a third instrumental by the name of Sunday. It winds and flows like a river.

Bryter Layter is a truly stunning album and I will be buying a vinyl copy in the very near future. I hope this blog leads you to check out the album, because if you do there is every chance you will fall for it like I have. 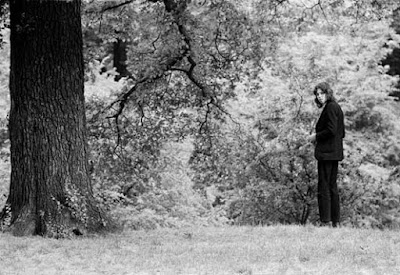 I love Nick Drake and his beautiful haunting melodies, I’ve been hunting to find someone contemporary who’s similar so I can actually go to his gigs, I just read in Mojo magazine about James McArthur, they compare his stuff to Pink Moon so I downloaded the album and I love it, its mesmerising. The albums called Burnt Moth and its really Nick Drakey with amazing guitar playing and it’s definitely worth checking out. https://jamesmcarthur.bandcamp.com/album/burnt-moth