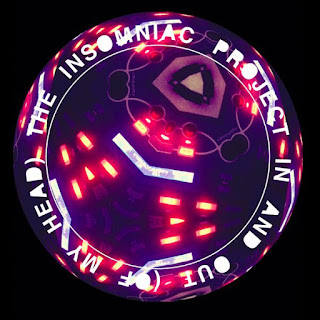 In And Out (of My Head) is the debut single by new Scottish band The Insomniac Project and it deserves your attention - remarkably fresh and polished, upbeat and flowing superbly with euphoric male and female vocals.

The band themselves describe it as disco infused electronic pop - and I can't argue with that description and I probably can't top it either!

There is a sense of urgency to the verses that is taken further when the female vocals kick in, but then when you listen to the song a few times in a row it kind of feels like there are 3 or 4 different choruses - it is just constant; flowing superbly, building all the time and keeping things going with cowbell and little twists and turns - bringing in guitar, adding more synths. A brilliant debut.

If In And Out (of My Head) is the shape of things to come then I am in for the ride. It is available on i-Tunes and all the regular places on 31st August. Get a note in your diary.