Going Back To My Roots 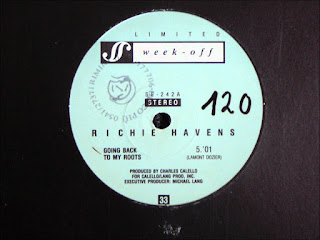 Last month I started a new feature - cover of the month - with the Gladys Knight and the Pips version of the classic You've Lost That Lovin' Feelin', declaring that it might be my favourite cover version of all time.

Minutes later I realised that one of my favourite songs of all time is actually a cover. Since the first time I heard Ritchie Havens doing Lamont Dozier's Going Back To My Roots it has been a staple in my top 3 fave songs ever.

I didn't realise that it was a cover version when I first heard it on a magnificent compilation; All Back To Mine by Sean Rowley. I might blog about that later this month! 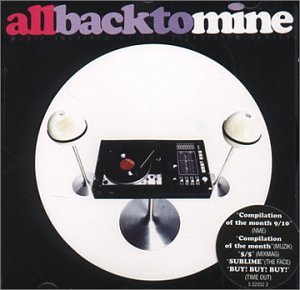 I play Ritchie's version any time I DJ; the long funky intro building into a total groove with fantastic house piano, the wah-wah guitar, the ah-ah-ah oh-oh-oh backing vocals,  and then Ritchie kicks in with a rich and soulful vocal full or urgency.

It's difficult to know where the chorus is, the song just flows and keeps on going. The outro is exceptionally powerful with Havens really going for it. His voice throughout his just sublime, pushed to the limit, sounding soulful and true.

The original is also absolutely sublime, a 10-minute epic by one of the most incredible songwriters of all-time. Dozier is absolutely on fire with the vocal delivery and the groove is sensational, leading to an extended africana outro.

Worth noting that a cover by Odyssey is probably the most famous version of the song - but here is the original in all its glory.

Labels: All Back To Mine, compilation, cover version, Going Back To My Roots, lamont dozier, ritchie havens, Sean Rowley