Kingdom of Wires by Kevin Harper

So begins 'Kingdom of Wires', the debut solo album by Kevin Harper, one of the most talented songwriters in Scotland.

Anyone familiar with Harper's work from his fondly remembered band Little Eskimo's will know that he isn't afraid to pour his heart out into his songs. 'Kingdom of Wires' takes things further, Kev has lived a life, he has loved and lost, several times, friends included.

Once I had a brother a friend for a lifetime
Until he left us, he suddenly left us

The title track flows superbly with guitars powering through and ringing true, much like Kev's lyrics.

Harper's love of American guitar music is evident throughout the album, perhaps displayed at best with 'Couch'. Catchy, personal and with an element of self depreciating humour, 'Couch' is brilliant.

In a year from now I will miss you still
If i could tell you I'm sorry, Jennifer i will

'Get Me Down' slows things down - well a little bit. There is a sense of urgency throughout the album, almost like these songs have been stored for a while and during recording (with Harper playing pretty much everything) they were just bursting out.

'Better Ways' rumbles into life and once again Harper is opening his heart to the world. The song fizzes into life like a classic Foo Fighters single for the chorus. 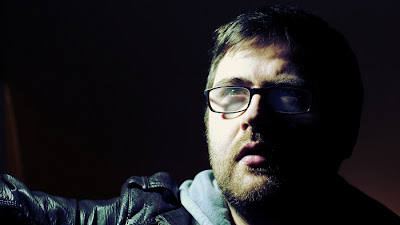 'I Was A Sailor' is a song I first heard many moons ago and it is great to hear it on record. I sometimes think that Kev must have lived in America in a previous lifetime. Real humour and playfulness on this track, although again there is that sense of hurt and looking for something new.

'Said It All' has another soaring chorus and the guitars across the album sound fantastic.

So begins 'Used It Well' before the chorus explodes into life - seriously, the way the choruses flow on this album are exceptional. The closing hook 'You gotta come back down' is the killer blow.

'Forgotten Girls' starts with just an acoustic guitar and drum machine and Kev's heartfelt vocals. Synths help power the chorus to this song, rather than the usual guitars. In that sense, it does break up the album quite nicely, offering something different and leading into some slower tracks.

The album goes off in a completely different direction with 'Oxygen' with Kev singing about another lost love who has a new boy who just uses her for 'idle entertainment'. The chorus on this song soars in a different way to others, there is barely anything backing up Harper other than emotional synth sounds.

The epic 6-and-a-half minute 'Jacqueline' closes the album in spectacular manner. There is a welcome increase in the speed and urgency of the song from the previous two songs 'Majorette; (ripe for an American sync deal!) and 'Gibraltar'. This is Kevin Harper and the Heartbreakers, acoustic guitars married perfectly to synths and electric guitar.

The guitar solo is scorching and Kev even allows a nice 'alright' during it, recognising the groove he has found with this tune. The song progresses into a real synth jam - brilliant.

Kevin Harper and his band play King Tuts on July 29th. The bands on after him better be on top of there game or he is going to blow them off the stage. See you there!