Last night I got to see one of my all time favourite bands in an absolutely brilliant venue.


I've only previously been to the upstairs venue at Oran Mor for a wedding. I had no idea it was used for live music. So it was a real pleasant surprise to hear that The Lemonheads were playing there, rather than the usual downstairs venue.


I met my mates Lorna and Colin at 7.30pm and we decided to go straight in. I was meant to be going with my wife and my sister, but the weather and illness prevented that, so thanks to Lorna and Colin for stepping in. I was suffering from a bit of the 'man flu' myself.


A couple of pints and a good catch up at the bar meant that the support act passed by without us noticing. The gig was a sell-out, but thankfully there was room to move and we skirted down the right hand side of the venue to get near the front. 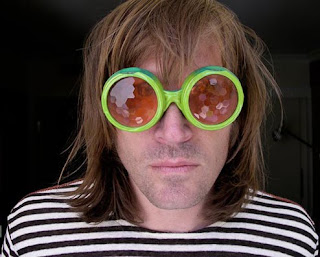 Evan Dando strolled on to the stage at 9.15pm and launched straight into the glorious 'Being Around', a brilliant playful and humourous love song,


He was joined by a bassist and drummer and they literally tore through the 'It's A Shame About Ray' album with little between song chat, often going straight from one song into another, possibly as they were a little late on stage.


The songs have stood the test of time since the albums release in 1992. Dando's poster boy looks have also lasted, despite years of drug abuse.


'Rockin' Stroll' opened proceedings with Dando's guitar sounding fantastic through his twin Marshall Amps. It was straight into 'Confetti', the chiming, simple guitar riff underpinning the lyrics about love coming to an end.


The album was played in order, so after the title track we had my own personal favourite song off the album 'Rudderless'. The guitar sounded fantastic again, it is often hard to believe it is just Dando on stage, playing rythm and lead with ease.

All the way down to the lake
(Found the lake was wet)
How much more could I take?
(Better yet)
Walked back home to my place
(Tired of getting high)
Guess I don't wanna die 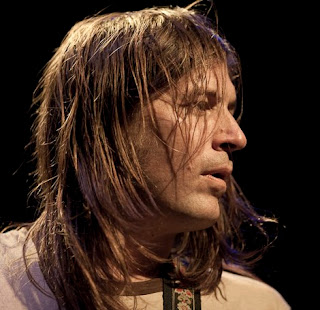 'My Drug Buddy' was another highlight, slowing things down with Dando telling the tale of scoring drugs and making friends, before 'The Turnpike Down' upped the pace, with the band then flying through the pure guitar pop of 'Bit Part' and 'Alison's Starting To Happen'.


'Hannah and Gabi' slowed it down again, a gorgeous dreamy song.

Got me watching your eyes, watching things go by outside
Out the window of a train

'Kitchen' and 'Ceiling Fan Hit My Spoon' prompted a bit of pogo-ing in places, before Dando ended with the crowd singing-a-long to 'Frank Mills'. He wisely opted not to play 'Mrs Robinson', despite it being the song/cover that broke the band.


The band left the stage to allow Dando to take some acclaim and play acoustic; 'Different Drum' was a particular highlight. The second part of the set was largely lifted from the equally good 'Come On Feel The Lemonheads' album; 'The Great Big No', 'It's About Time', 'Into Your Arms', 'Big Gay Heart' and 'Style' all got an airing. 'Hospital', 'If I Could Talk I'd Tell You' and 'Stove' were brilliant before Dando ended with the lovely 'Outdoor Type'.


This was a great show. I hope more bands use this fabulous venue.