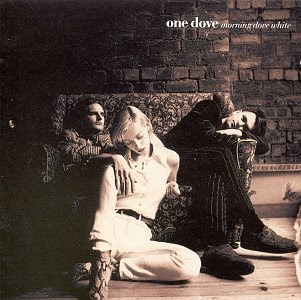 Way back in 1993 I fell for a Scottish band called One Dove who released a string of impeccable singles and an album Morning Dove White consisting of electro pop so pure that it can lift you high.

And, I have to admit, I totally fell for their gorgeous singer Dot Allison who just seemed effortlessly cool. Girls like this didn't seem to exist in the Lanarkshire backwater of Carluke, only 25-miles from Glasgow, but at times it seemed like a million miles away. Especially if you got the last bus home from the Garage on a Saturday night.

The album is essentially a collection of the singles, flowing like a club mix with different versions of songs included. It works brilliantly.

Fallen, produced by Andy Weatherall, opens the album, it's buzzy synths, cowbells and a breathless Allison proclaiming she doesn't know why she is telling anyone this and asking for forgiveness. When the beat kicks in you are fully immersed in the world of One Dove, it has that purity I mentioned before and it just flows superbly.

There is a glorious breakdown when the beats and bass stop and it really is like you are falling and floating with the song and Allison - beautiful. 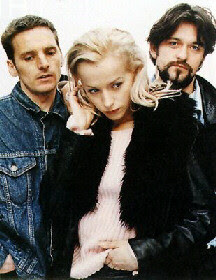 We then receive a blast of guitar to interrupt the purity and the flow with the Guitar Paradise Mix of White Love. The radio mix features later on the album and it was my first introduction to One Dove when it was released in the summer of 1993 when I was 17. This is simply sublime, the chorus just makes me smile, it just keeps running, flowing, feeling really euphoric.

Want to keep hold of this for you

The Guitar Paradise Mix is stretched out to over 10-minutes and the beats kick in with more breathless and sexy Allison vocals, kicking in just before the 3-minute mark. The bass is superb, it's a trippy mix by Andrew Weatherall, it has echoes of Screamadelica all over it.

White love, this love
This powerful, this pure


We then have the Cellophone Boat Mix of Breakdown, another single that was lifted from the album. There is beautiful piano/keys over big beats before everything comes together at around 1 minute 20 and One Dove find that pure flow that made me fall for them. The mix chops things up a little, coming in and out of the pureness I love. 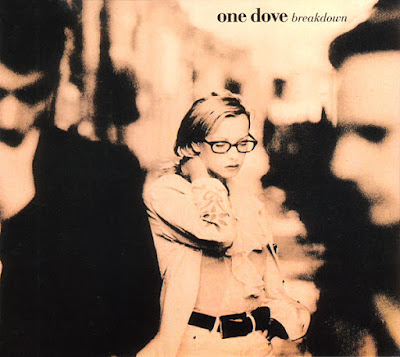 The radio mix of Breakdown, still 5 minutes 30 seconds, comes later in the album (not on the original vinyl) and it just sensational. Allison croons about the moonlight, shadows, clouds and despair, how the small hours are hard to bear, leading to a chorus that can't help but be uplifting despite the lyrics.

The last verse has the brilliant line I remember the night you left me, the moon was full, I felt empty


The mix and the album continue with There Goes The Cure, this is blissful and another song about lost love. This is super chilled until 4 minutes 30 and then cries, extra synth strings and beats come in, Allison can only repeatedly sing he's gone, this really is lush, a little cousin to I'm Comin' Down from Primal Scream's Screamadelica LP.

The clubby vibes through the album continues with Sirens, funky dub bass, hammond, handclaps, beats and Allison sounding like a siren. The feel of this song and the invention it contains is stunning, it contains so many gems, especially when you listen on headphones. The arrangement and production are incredible.

Allison is incredible on this album, she should have been a total star, sadly band and label conflicts prevented a follow up. My Friend is dub and clubby with Allison's vocals whispery and echo-y repeatedly singing about a fever. 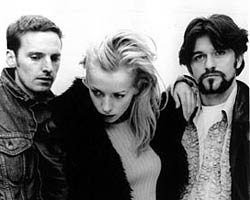 This remarkable record continues with synth strings over the sound of a heartbeat. Transient Truth, stretches to over 9-minutes and it is super trippy, leading into the utterly glorious Why Don't You Take Me? Allison pours her heart out over music that probably wouldn't sound out of place on a Massive Attack record from this era. 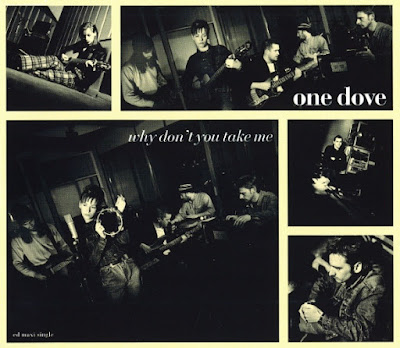 Then we have the piano reprise of White Love, Allison singing over only house/gospel style piano, she sounds like an angel. It's only 1-minute long and you wish it was longer.

And that concludes the original vinyl version of the album, although the CD and digital versions (thankfully) have the radio mixes of White Love and Breakdown.

I say thankfully as they are absolutely stunning and, at least for me, the album wouldn't be complete without them and they add to the clubby feel as DJ's would (and still do) cut back to songs they had previously played in the mix.

The writing, singing, arrangements, playing, mix and production are just sublime from start to finish, this really is an album that takes the listener on a journey. Allison is not afraid to sing about a broken heart and her band mates Ian Carmichael and Jim McKinven are not short of ideas.

Morning Dove White is a gem of an album and I really hope anyone reading this blog either revisits it or checks it out. A vinyl reissue would surely be welcomingly received?

Hey, thanks for posting this and for the truly lovely comments. I just wanted to correct one thing and that's the subject of 'There Goes the Cure' - this was a song about climate change and about losing all of our natural resources; the title refers specifically to the Amazon rainforest where in the 90s it was stated there was so much unknown habitat being destroyed, that the cure for cancer, HIV, or a host of other diseases might disappear before we even discover the miracle plant. The line 'He's gone' actually refers to individual guys we knew and had lost to these diseases.

Beautiful album which by coincidence I only revisited last weekend. I ram my own club nights in early 90s Manchester and I booked One Dove for a live PA. Sad,y Dot had a family bereavement and they had to cancel so I never met them or saw them live in the end.

Living in the US in the midwest, I only discovered this music 4-5 years ago. I don't know what blows me away more– how absolutely great this band were, or how wrong it is that they couldn't continue for whatever reason. This is some of the most relevant music in a pop format I've ever heard. This is the kind of music that makes the hairs on my arms stand up. I search through hundreds of albums trying to get the experience, and this is one of the few bands that can actually do it.

What's funny is that it led me to check out the band's supposed influences (King Tubby, Primal Scream's Screamadelica) which I liked, but truthfully I liked this band's offerings even more. I have bought everything available on CD or vinyl for this band!

I would pay a high amount of money for an official release of the second album sessions. The work being done there was mind blowing, and I think I actually like what I've heard more than the official album.

Ian C, thank you for this great music.