Oh No I Love You by Tim Burgess

Tim Burgess is currently a prime example of a 21st century artist, recognising the need to move with and embrace the times, to look to the future but also celebrate the past and to have more than one string to your bow.

In 2012 Burgess has celebrated the past in his autobiography 'Tellin' Stories', also touring the album of the same name with his band The Charlatans. He has embraced technology and is prolific on twitter, his make believe coffee shop Tim Peaks has now launched its own coffee and there is talk of a real coffee shop opening too. 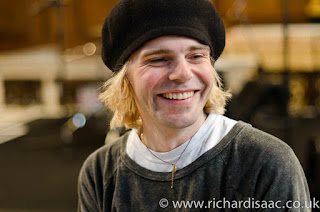 Tim has produced artists(R.Stevie Moore), roadied for artists (Factory Floor) and discovered artists (Keel Her). He has curated his own tent at a festival (Tim Peaks featuring Roddy Frame and Edwyn Collins amongst others) and also set up his own label, O'Genesis Recordings.

It is through O'Genesis that Burgess releases his second solo album 'Oh No I Love You', 9-years after his debut 'I Believe'.

If 'I Believe' celebrated Tim moving to LA and being head over heels in love, 'Oh No I Love You' is the come down album, reflecting on true love, but a love lost.

What is remarkable about this album is that Tim didn't write the lyrics, they are provided by Kurt Wagner from Lambchop. The two met years ago when Tim roadied for the band and casually suggested writing together, it took a while, lets check out the results.

The opening song 'White' was an obvious choice as a single and album opener, in many ways marrying The Charlatans and Lambchop in a glorious ceremony of grooves and melody.


'The Doors of Then' shuffles and swings straight into your heart, all warm and reflective. It is one of my personal favourites from the album.

'A Case for Vinyl' was our first taster for the album, released as a free download and via an Uncut Magazine CD. It is one of Burgess' best vocal performances in his career, his voice breaking like a heart that has been broken in two.


Just because I didn't win, my playlist hasn't changed all that much

those guitars all turn to violins, just because I didn't win

'The Graduate' features exquisite slide guitar, before the introduction of some stunning strings rranged by Sean O'Hagan) on 'Hours'.

In my life, I'm seduced by a power
That has grown, ever darker in those hours

And I swear, hours now become the measure
See us there, counting backwards from a million

'Oh No I Love You' is the sound of Tim Burgess as you have never heard him before and it is rather delightful. The variety in Tim's voice, from youthful enthusiasm, to reflective lived, loved and lost experience is something that Charlatans fans like myself know that he is capable of, but this album gives him space and license to sing in a way that I haven't heard before.

'Tobacco Fields' is a prime example. Get your headphones on for this one folks, poetic lyrics over a gentle melody. It is like a lullaby, Burgess' delivery is (along with the aforementioned 'A Case for Vinyl') quite incredible - a career highlight in many ways, the depth and feeling, the ability to rise and fall... 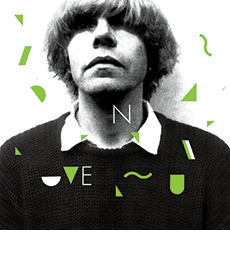 'Anytime Minutes' lifts the mood, jaunty country pop, the melody and delivery are more in keeping with the Tim that most people know.

See my memory is not complete
I didn't seem to free or sweep you off your feet
All I wanted was some careless love
Why'd you have to be so damn obvious?

'The Great Outdoors Bitches' is another personal favourite of mine on the album, although it is all good and there is a lot to dig into. Burgess takes the lyrics he was given on a sunny stroll through country soul, the melody and use of brass let it flow superbly.

'The Economy' features a tremendous falsetto by Tim, some lovely steel guitar, handclaps and (like all of the album) excellent production and feeling. Another highlight, can't wait to hear and see this live.

You can tune me, a piano
Just like everything we thought that sex would be 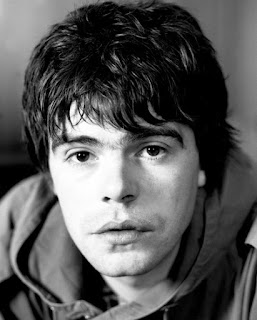 'A Gain' sees Tim ponder over love lost again and I would say that along with 'A Case for Vinyl' and 'Tobacco Fields' this is a song that really shows off Tim's voice, ability to adapt and his range at its best. The refrain (below) is just gorgeous.

I will not brave the dancefloor for you (Again)

And that is that, a brilliant album that I will return to many times, there is a remix album and bonus tracks  but for now, this is the album 'Oh No I Love You' reviewed.