The Moth & the Mirror - Honestly, This World

Being a music fan in Glasgow means that you can discover bands in a variety of manners. I found out about The Moth & the Mirror (TM&TM) through speaking to a lovely guy called Kev who worked in Grassroots in Woodlands Road. We chatted regularly and I told him I was going to the Connect Music Festival that Sunday, primarily to see Sigur Ros.


'Oh you should come and see my band, The Moth & The Mirror.'
It turns out that Kev plays bass with them. He is a nice guy, so I went along to check them out and I really liked what I saw and heard. I caught them a couple of times over the next year or so and then it all seemed to go quiet. I know from speaking to Kev that they were recording, a certain Louis Abbot went on to have great success with his 'other band' Admiral Fallow and Gordon Skeene was recruited by Frightened Rabbit....so it has taken some time to get around to releasing this abum.

The Moth and The Mirror certainly do nothing to dispel any myths about the Scottish music scene being rather incestious!

In truth it is simply the fact that Glasgow is a small place and like minded people tend to get to know each other and help each other out. We are a friendly bunch.

So on to the album, out now on Olive Grove Records. 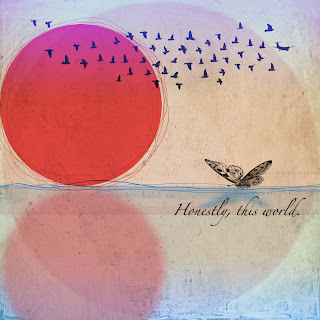 Opener 'Everyone I Know' starts with the rhythm section locked into a groove and develops into a rather epic song with singer Stacey Sievwright declaring 'I don't have the heart for this.' As openers go, this is a clear declaration of intent, a band wanting to prove their talents.

'Soft Insides' slows things down. A picked guitar riff is joined by glockenspiel and Stacey's vocal talents get the chance to shine. 'You build a wall so you can hide...'

'Fire' sounds familiar, so I'm guessing I must have heard it live. Either that or its upbeat nature just attracts me immediately. Or maybe it is the fact that Louis Abbot steps forward for a duet with Stacey. 'Fire' isn't a million miles away from the feel or sound of 'Boots Met My Face'. As an admirer of that album, that is a good thing. The song ends with a glorious refrain of 'thoughts of you, keep me warm' .

'Boxes' slows things down again, a sparse guitar riff is picked out on an acoustic guitar with Stacey's vocals all hushed and whispered. There are some gorgeous harmonies on this number until it all changes with guitars and drums crashing in. I have to confess that I prefer the first half of the song.

'Beautiful Creature' comes in at under 2-minutes long, yet there is enough time for TM&TM to experiment with sound and timings. Stacey sounds like a bit of a seductress on this one. 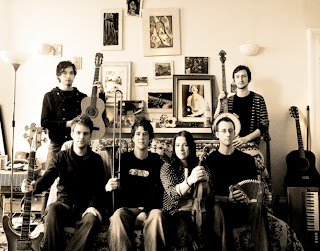 The title track 'Honestly, This World' flows on nicely from 'Beautiful Creature', good work on the tracklisting. If TM&TM have a 'sound' then this is a bit of a departure from it, reminding me of the likes of Jefferson Airplane at times. JA are not my particular cup of tea though, nor is this track.

Stacey's vocals are one of the real strengths of this album and of the band. Her ability to soar and to change style from line to line is quite remarkable on the right song. 'Hope Is An Anchor' is a song that really suits her. 'He just went away, put on a shining armour, he'll be back to get you some day'.

'Germany' is one of the more upbeat songs on the album in terms of the feeling to it. There is a great breakdown in the middle of the song when there are some lovely 3 or 4 part harmonies. The song really flows from there on in ending with Stacey shouting 'shake me up, shake you out'. A definite highlight.

'Closing Doors' is one of my tracks of the year. The feeling and production on this are just exceptional. Stacey's vocals are all hushed 'My eyes are bleary at this time of day....'. The cello on this is beautiful, as is the slide guitar, so delicate and soulful and the Emmylou Harris style 'oooh's'. A moment of genuine magic.

TM&TM's debut album flirts between styles throughout, so I was intrigued to see what they would come up with to close it. 'Oceans & Waves' starts gently before slow beats come in. The song veers off into new territory with searing guitar riffs, leaving the acoustic guitar and Stacey far behind. This song has epic stamped all over it, taking the listener on a real journey, as does the album.

All in all this is a good album with some particular stand outs. My personal favourites being 'Closing Doors', 'Germany', 'Hope Is An Anchor' and 'Fire'. Well worth checking out.

Listen before you buy at THE MOTH AND THE MIRROR
Posted by everythingflows at 08:01