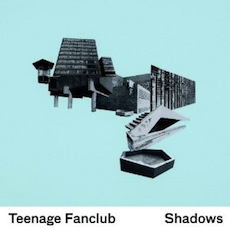 Teenage Fanclub have been providing a large part of the soundtrack to my life since their classic Bandwagonesque album came out in 1991 when I was a mere fifteen years old. They are still going strong almost 20 years later, still producing life affirming music, creating beautiful harmonies and singing about the sunshine and love. Still soundtracking my life. Warm guitars, melodies, soulful guitar pop/rock, 3 outstanding songwriters.... I could gush on about Teenage Fanclub for hours.
Shadows is a dream album; from the opening riff of ‘Sometimes I Don’t Need To Believe In Anything’ that leads to Gerry Loves soothing voice, ‘....deep inside I can never let this go’ , it’s probably one of the best things he has written; through to the melodic and mellow ‘Dark and Lonely’ by Norman. ‘I put my arms around you and I feel your heart beat next to mine’. All of Norman’s songs on this album (in particular) are overflowing with love.
‘Sometimes...’ is  quite simply exceptional. Gerry Love’s laid back style takes you on a journey but the chorus just bursts into life;
‘Heading west towards the glowing evening sunset on an august night’
Waking up before the mist has fully lifted in the morning light’
‘You feel the sadness in her eyes’
‘As the autumn wind and golden leaves start singing’
‘Sometimes I don’t need to believe in anything’ 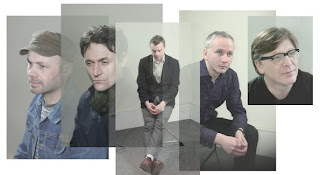 Following on from ‘Sometimes...’ Norman bursts into the album with the single ‘Baby Lee’. It is a song that I have almost seen nurtured through to the album having watched Norman playing solo in Glasgow several times through 2009 where he always played this and seemed particularly proud of it. It’s transformed from the acoustic number I saw him perform in Blackfriars basement, although it is still simple and pure.
As I said before, on the evidence of the songs on this album, Norman is pretty much head over heels in love...
‘I’m enchanted, I’ve fallen under your spell, how can I resist when you cast them so well?’
Leading to the chorus;
‘Baby Lee I’m only trying to remind you, they had me in mind oh yeah when they designed you’
‘And Baby Lee I’m always watching from a distance, marry, marry me oh baby now I am insisting.’ 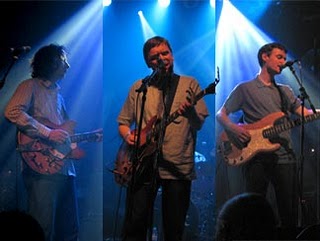 Let us not forget about Raymond; the George Harrison of the group. Who joins the album three songs in with ‘The Fall’. It is a deep song, dealing with change;
‘the leaves on the trees shield my eyes from the sun, but the leaves that I see won’t be there for long,  I light a fire underneath what I was, I won’t feel sad only warmed by the loss.’
One of Raymond’s many qualities as a songwriter is his ability to make it seem easy, lines and verses flow from one to another and that ability is evident on this song.
Gerry bursts back in with ‘Into the City’. As a songwriter Gerry always finds a great deal of inspiration from living in and around the city.
‘Breaking through the warm electric glow, as we drive back into the city.’
If Raymond’s previous song dealt with leaving the city ‘I turn my back on the city sights and I climb into the mountains to see the stars’ then Gerry is clearly a guy in love with Glasgow.
‘Street lights, I’ve been away too long, missing you strolling on, every day and night. For the sweet life, joy in my heart is strong, feel it’s where I belong, every day and night.’
It’s sung in typical Gerry Love laid back style; you can almost imagine him chewing his gum as you listen to it. Bubble gum pop with soul. 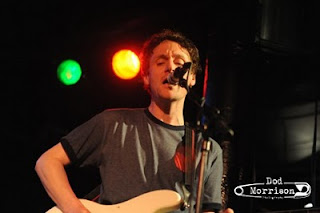 ‘Dark Clouds’ by Norman is up next, it is short and sweet with lovely strings and some tinkling of the ivories by Dave McGowan, the new recruit to the Fanclub team. As ever, it is full of optimism, talking of the summer sun and basically telling someone to hang on, it’ll get better. There is a beautiful instrumental section where a violin just lifts the song, it is sublime.
‘The dark clouds are following you, but they’ll drift away, I watch the night turning into the day.’
Raymond rejoins the album (vocally) with ‘The Past’ and it starts by carrying on from his little country/city joust with Gerry. It’s pretty philosophical ‘rolling through the city sprawl. On a late night train, the moon will survive us all’.
If Raymond, or a friend he has written this about, is going through a mid-life crisis ‘modern life corrodes us all, you know that it’s true, give yourself a wakeup call.’ Then the message is clear that you can find an answer from the past ‘the past comes back to rescue you’.
Or maybe I am reading too much into that!
‘Shock and Awe’ is more classic Gerry Love with some brilliant duelling guitars from Norman and Raymond.  Following on from that is one of the real stand outs from the album in terms of pop impact, ‘When I Still Have Thee’ by Norman.
It is three and a half minutes of driving guitar pop, full of hope and love. There is a great guitar break and the chorus just comes back bigger than ever ‘but the birds still sing and the sun shines free, no I don’t need much when I still have thee.’ 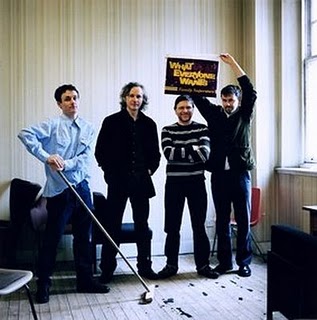 Listening back to the next song, Raymond’s ‘Live With The Seasons’ while reading the lyrics online, it really is amazing how deep he can go with his songwriting while making it all sound so simple. ‘Rain on my face, pulled up from the sea, there’s an ocean of meaning, and a lovers tear.’
Gerry Love has written some stunning songs in his time and ‘Sweet Days Waiting’, like ‘Sometimes...’ has to be up there with the best of them. It’s got a lovely warm feeling to it from the off, more gentle Gerry vocals. It’s melodic and mellow and it again mentions the good old city’
‘Hard nights in the city, hoping for the breaking of the dawn, this big old worlds getting darker, sometimes it’s hard to know what’s going on, round to the light declining, but somewhere beyond the horizon....sweet, sweet days are waiting there for you.’
It is a gem of a song. Perfect for a summer day, like most Fanclub songs! On the evidence of Gerry’s songs on this album I cannot wait to hear his rumoured solo album that is in the pipeline.
Norman bursts back in with ‘The Back of My Mind’. It’s another love song, with Mr Blake gushing about the girl that is ‘a stream searching for a river’ and ‘a river searching for the ocean.’  The song ends with a brilliant instrumental, guitars, drums, bass and piano all coming together, the sound of a band loving to play together. 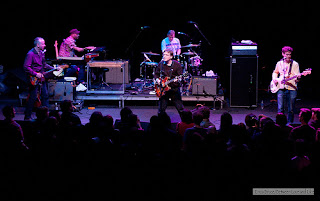 ‘Today Never Ends’ is Raymond’s last song on the album, kicking off with stunning slide guitar from new member Dave McGowan. It may not be lyrically as deep as Raymond’s others songs and if I’m honest I think the slide guitar rescues it.
‘Dark and Lonely’ is bright and upbeat, yet with a dark undertone with Norman clearly missing his muse as he gets through a ‘dark and haunted night’ and ‘dark and lonely, lonely night’.
Norman is singing his heart out. ‘I have held you in the morning bed and your sleeping body I do know, only you could cure the pain and suffering I do undergo’. The guitar riff is picked out and you get the impression that a lot of thought has gone into the production and feeling.
Shadows is an exceptional album, one that only seems to get stronger with every listen. All three songwriters have produced some of the best work in their careers, Raymond’s guitar playing is quite simply stunning, varying from the simplicity of flowing acoustic chords through to the incredible work on the likes of ‘Into the City’. The harmonies that have marked their songs since the early days are apparent, carrying songs to higher places, the guitars chime and soar and the lyrics are ones that you can relate to.
You have to be thankful for a band like Teenage Fanclub. They’ve been making music for over twenty years and on the evidence of Shadows, as they mature and experience new things in their lives and relationships, they will be making music for another twenty or more.
Posted by everythingflows at 13:20